There are the standard sensors that have been around since smartphones first appeared, like an accelerometer, gyroscope, magnetometer and proximity sensor. But then there are unusual sensors like a humidity sensor (used by S Health to calculate “comfort level”), and others.

Here’s the image in question: 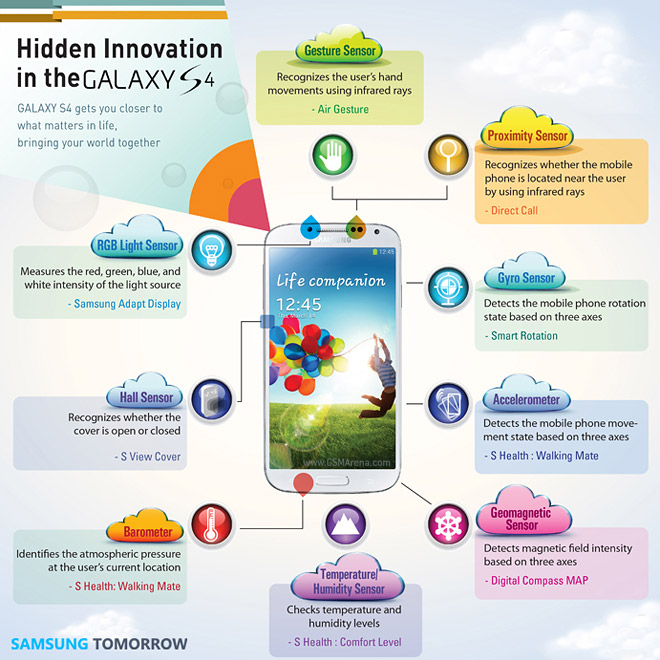 The barometer is used for quicker GPS locks, but it can also accurately calculate how many calories you’ve burned if you’re going up a hill. The gesture sensor is separate from the proximity sensor and is, of course, used for Air Gestures.

You can also read the full press release for more details on the individual sensors. For example, there are interesting tidbits like a special Micro Controller Unit (MCU) that only wakes up the powerful CPU if it’s needed. The MCU can control the sensors itself, so Samsung says the Galaxy S4 is very battery efficient despite having so many sensors.