Samsung celebrates over 1,000 apps for the Tizen-based Gear smartwatches

Wearables will be a hot topic at IFA but there are several competing platforms – Android Wear has been getting most of the spotlight recently, but Samsung just announced that its Tizen-based watches can enjoy over 1,000 apps. 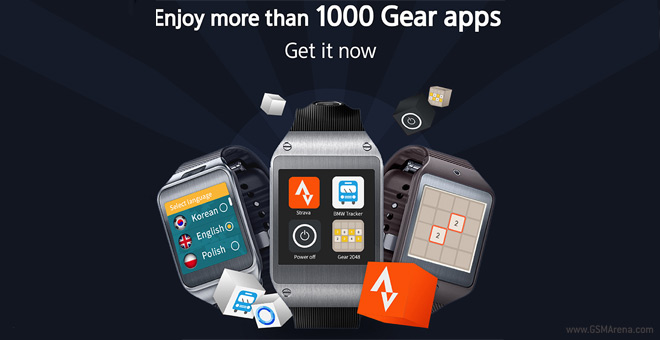 If you’re still not sold on wearables, check out the infographic Samsung made to celebrate the occasion. It details the various uses of a smartwatch.

It can make sure your diet is healthy and help you exercise, keep an eye on sleeping infants, translate speech on the fly or you know, just plus 2048 or something.

1,000 apps may not sound like much compared to the million plus apps in the top two smartphone app stores but the Android Wear app selection is much smaller (the are no official numbers though). The Pebble appstore claimed to have 1,000 apps earlier this year.

Anyway, the Samsung Gear apps are compatible with Galaxy Gear, Gear 2 and Gear 2 Neo, which run Tizen. Keep in mind that the Samsung Gear Live runs Android Wear, while the Galaxy Fit has its own proprietary platform.