The 12 megapixel Samsung HZ30W and HZ35W feature really cool sounding 24-360mm (in 35mm equivalent) Schneider KREUZNACH lenses with 15x optical zoom. The two cameras are able to record 720p video @ 30fps and sport ample 3″ displays (AMOLED for the HZ35W and LCD for its HZ30W twin). The HZ35W is also equipped with a built-in GPS to enable automatic geo-tagging.

The best part is that the Samsung HZ30W and HZ35W have maintained an extremely slim 28mm profile, which is quite an achievement for the class. Unfortunately it is yet unclear how much they will cost.

Again there is no information about the pricing of the target availability though. 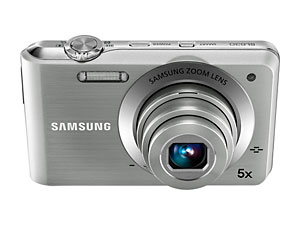