Some new official information reveals that the Russian smartphone, produced by the government-sponsored Rostech corporation, comes with a backdoor, which allows tapping into the device for surveillance purposes. This was revealed by Sergey Chemezov, head of Rostech and former KGB agent. But, the really puzzling thing is that Mr. Chemezov was more than willing to discuss the matter openly and provided pretty valid reasons for bugging the said device, at least from a national security standpoint, that is. To quote:

The FSB(Federal Security Service, former KGB) will have access [to users' information]. We don’t have the right to sell phones on the market in any other way – otherwise, the devices could be used by terrorists, criminals,

This sounds like a monstrous invasion of privacy, but, as you know, priorities tend to be set a little differently in Russia. And, frankly, considering all the reports and scandals shrouding Android, the NSA in the US and various data leaks, it is hard to pretend that by comparison, all other corporations are overprotective of our personal data. At least, the Russian government is nice enough to admit that it is keeping an eye on its citizen any way it can. 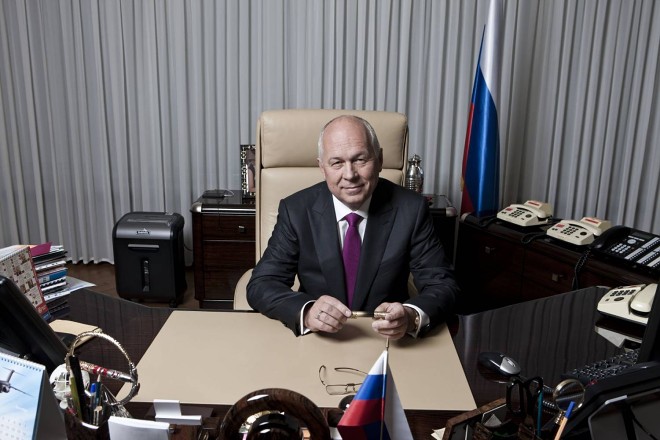 Like we already mentioned, the reasoning behind this government-sanctioned Tom Peeping isn’t exactly void of logic, especially if you don’t have to bother yourself with the ethical repercussion of such a decision. Mr. Chemezov firmly believes that this is the only way to ensure that their mobile devices won’t become instrumental for terrorists. He event on to criticize secure and encrypted communication channels and technologies, citing names like Apple and Google, who, he believes, in a way sanction terrorism.

It didn’t exactly become clear which YotaPhone Mr. Chemezov was referring to, but, from the sound of things, we can only assume the statement is equally valid for both models, as well as for any future Rostech products. Speaking of which, in the same interview, the CEO of Rostech also promised that a third edition of the YotaPhone is coming in February 2016, followed by a cheaper model sometime around the holiday season.

A Yota official has commented on the matter. According to the company, such surveillance measures can only be undertaken in serious investigations and matters of national security and governed by federal law. As such, a court order is required to legally gain access to the data on the YotaPhone, much like traffic data from internet and service provides. And we quote:

It comes to the Federal law “About operatively-search activity” that governs the actions of the security services in case of threats to national security or some serious investigation. We emphasize that the special services of the Russian Federation will be able to gain access to information on the YotaPhone only on request in accordance with the procedure prescribed in the legislation of the Russian Federation, namely: the decision of the court. Exactly the same way they can access the devices by other vendors – Samsung, Apple and others. As well as to data from Internet service providers and mobile operators.

This all sounds fair enough and legal regulations for such actions are self-explanatory. This, however, still doesn’t quite answer the question how the government would go about extracting such data if need be. If we refer back to Mr. Chemezov’s statement, he does seem to clearly outline that the YotaPhone differs from other devices, such as the iPhone and is in some way less “terrorist-friendly”. Yet, in the follow-up, the device said to be just as susceptible to such actions as a Samsung or Apple device. Perhaps, some further clarification is needed, but, overall, it still seems that the YotaPhone does have some extra backdoor to simplify the whole process.

Source (in Russian) | Via