Rumor has it Apple is looking to introduce a 12.9″ iPad Maxi in the first half of next year

Apple higher-ups always say “We’re never going to do X” and later they go and do X anyway – the company was claiming that 9.7″ is the perfect screen size for a tablet and then went and released a smaller, 7.9″ tablet. Can the same happen in the other direction, a tablet with a bigger screen? 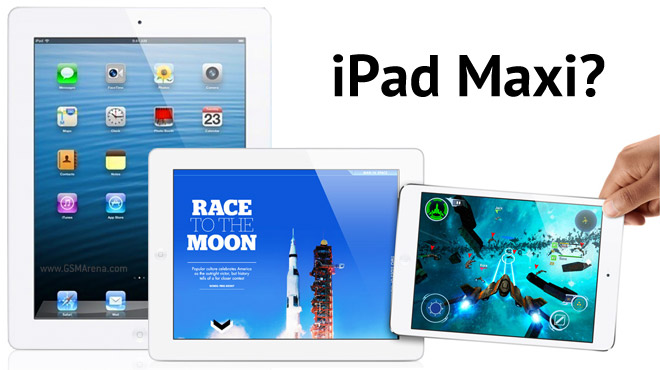 Korean site ETNews thinks yes and claims Apple plans to launch an iPad Maxi (no, it’s not going to be called that) in the first half of next year. The publication also suggests that Apple is already talking to parts suppliers that will make the screens.

The iPad Maxi will allegedly have a 12.9″ display, close to 13.3″ Ultrabooks. Windows 8 tablets have recently moved into that screen size as well, so Apple might be looking to compete with them.

Mac shipments were flat (actually down a bit) in the first quarter of this year and PC and laptop shipments in general are starting to give way to tablets and smartphones. Hybrids – a tablet with keyboard dock – are becoming quite popular, a 12.9″ Maxi pad, uh, iPad Maxi might be just thing Apple needs in a post-PC world.