“Join the hunt for Golden Eggs!” is Rovio’s slogan appearing in the latest Angry Birds Season commercial. There are golden eggs, Indiana Jones styled font, a really angry bird and… a space shuttle.

NASA even tweeted on Rovio’s wall about this. May be the next Angry Birds is going up…literally?

Here is the mysterious commercial:

As you can see the video has nothing to do with the current Easter version of the Angry Birds Season except the ending. Does Rovio hint us about a new space version of Angry Birds with completely new physics because of the zero-gravity? I guess we’ll find about that soon.

Meanwhile you should try the latest Easter update of Seasons – there are 10 hidden golden eggs unlocking 10 new levels. In case you already finished that, the Rio update is coming in less than a month. 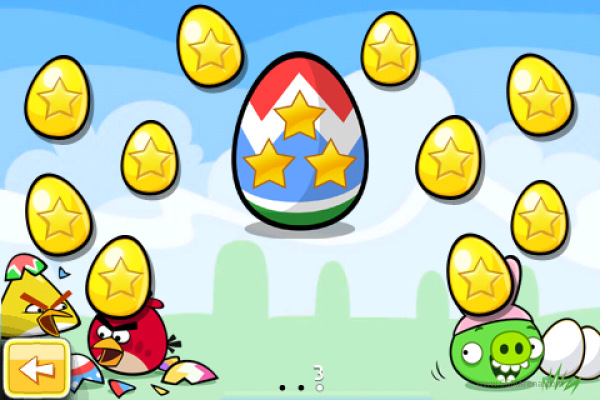