Some people have real troubles watching a 3D movie. With the premiere of the James Cameron’s Avatar, which is meant to be seen in 3D or IMAX will make many of those suffer instead of enjoying the movie.

It turns out that the solution of getting out of the cinema without a headache is simple. And it doesn’t involve leaving 2 hours before the movie ends.

Shadow Locked explains quite thoroughly the reasons for your headache. It’s not in your eyes, nor even your glasses or the picture. It’s the director’s cinematographic technique of limiting the depth of field. It focuses on one thing in the screen and most of the background is blurred. Still a lot of people pay equal attention on both the focused object and the blurred background.

So to enjoy the movie best – make it a point to watch only the stuff that’s IN focus. Limiting depth of field is surely a nice technique but with 3D cinema it’s quite the resulting effect is quite exaggerated by the 3D illusion. Trying to keep your attention on all things throughout the frame’s depth will surely get you a hangover feeling.

Now that you know how to watch Avatar, you barely have any excuses not to see it. We sure did – all of us went to see it together this weekend and we were all thrilled. It’s one of the most beautiful motion pictures ever made, with some excellent score, visual effects and a nice story with lots of messages (though a bit banal at times).

James Cameron made the best out of his mojo again and pulled off a film, which will be remembered for quite some time. Its 8.9 IMDB score speaks for itself. I’m not sure if it will break any records, or collect as many Oscars as Titanic, but I know I will go see it at least once again. IMAX, 3D or standard 2D – it doesn’t matter – Avatar is definitely a must-see. 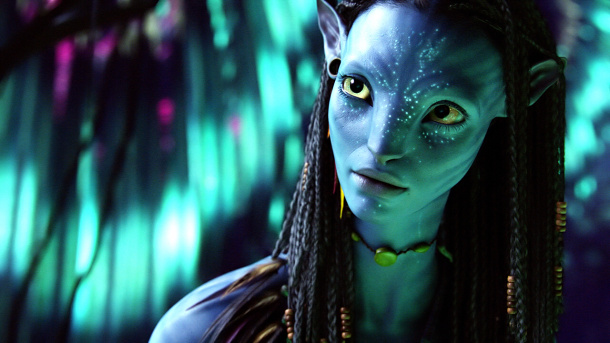