ZeptoLab, creators of the popular Cut the Rope and Cut the Rope: Experiments games, have now released a brand new game for iOS and Android, called Pudding Monsters. 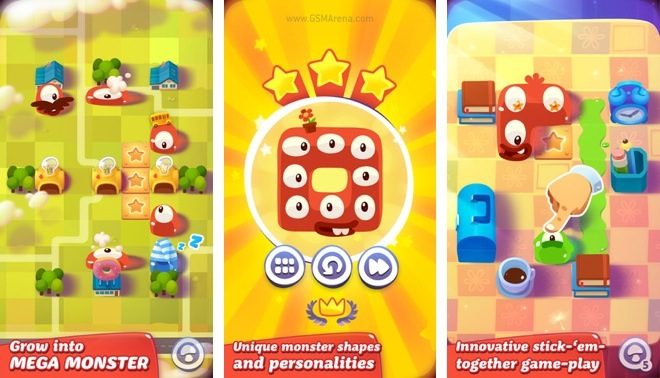 The objective of the game is to combine the adorable little Pudding Monsters by sliding them around and sticking them together and forming a Mega Monster to complete the level. The game uses the same lovable animation style with cutesy but beautiful graphics that we saw with the Cut the Rope games.

The game is currently only out on the App Store, for both the iPhone/iPod touch as well as the iPad for $0.99. The Android version is expected to arrive shortly.