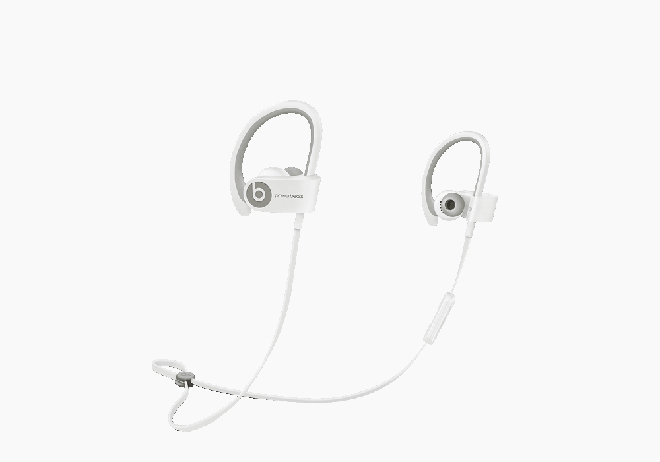 That is, until now. Beats has released its first wireless earphones: the Powerbeats2.

The earphones, aside from using Bluetooth connectivity to operate wirelessly, also has some other cool features. Because they are targeted to workout enthusiasts, the buds are water and sweat resistant, and are supposed to provide six hours of continuous music playback on a single charge.

Powerbeats2 also comes with the standard track skipping and volume control buttons, and it also doubles as a bluetooth headset with its built-in mic, so you’ll be able to take calls during your workout.

So how much will this handsome piece of audio tech cost you? $199.95. There hasn’t been any news as to the changes Beats will be undergoing ever since they were bought out by Apple, but expect lightning cable support to come in the future.