Most electronic devices are abandoned due to a fault that is usually the result of one component going bad. This results in a lot of electronic waste full of devices that are otherwise fully functional save for one or two failed components. So what if you had a phone where you could just replace one component if it goes bad? Or build a phone with just the components you want? 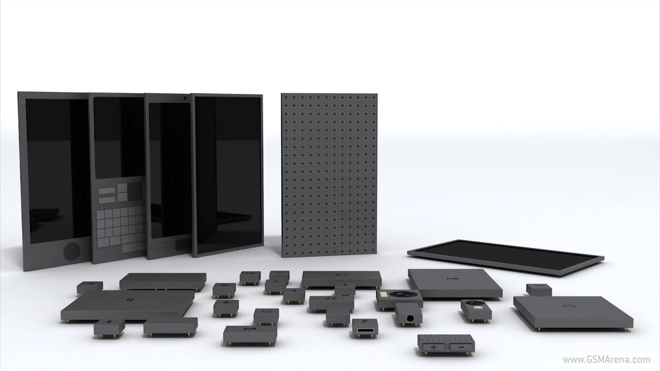 This is what the Phonebloks concept is all about. Conceptualized by Dave Hakkens, Phonebloks is a completely modular mobile phone, where every part such as the display, speaker, camera, battery, etc. are modules that plug into a board and you can remove and replace them as you desire.

This not just lets you replace one component easily if it goes bad but you can also customize it to your liking. So for example, you can build a phone with a bigger battery if you want, or if you’re into photography, you can choose a better camera module, or a bigger speaker module if you like playing your music loud.

To bring this concept to reality, Hakkens needs people to show interest in the concept by sharing it online to a point where companies take notice and would want to build this. This is where my ‘but will probably never get’ cynicism for the post title comes in.

Currently, phone manufacturers make a fortune selling you a new phone every year. Most of the devices we use today are designed to become obsolete in a year or two, sometimes sooner than that. Even if the hardware is fine, the software makes the experience unbearable after a while for seemingly no reason. This is called planned obsolescence and everyone does it these days. To expect these companies to give up this strategy, so that you can replace or upgrade individual parts instead of the entire phone and keep using the same phone forever, and make less money from you in the process is hilarious.

So while the concept is great and I’d love to see it become a reality, it’s obvious that’s never going to happen.