Philips has not had much of a success in the mobile phone segment. Many people don’t even know that they exist in this segment and you can’t really blame them for that. Philips mobile phones so far have been mediocre at best and if you see one you wouldn’t even remember its name in T-minus 1 minute. 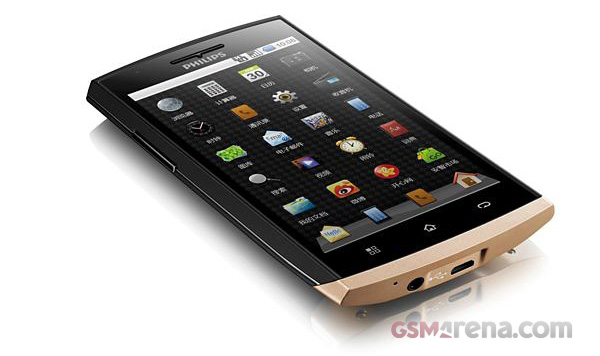 Now, however, they have launched a new Android smartphone that is likely to stay in your memory for a bit longer. Say hello to the Philips W920.

So what’s so great about it? Well, nothing much to be honest but it does have a 4.3-inch TFT 800 x 480 display, 5 megapixel camera with auto-focus and flash, 3G HSDPA, Wi-Fi, Bluetooth, GPS, Android 2.2 Froyo with Adobe Flash support. There was no information available regarding the processor specifications but the phone does have 512MB of RAM. Hopefully, there will be at least a 1GHz processor ticking underneath that gold and black body.

No mention about the price of the device but if I had to guess I would say it would be around $300 unlocked.