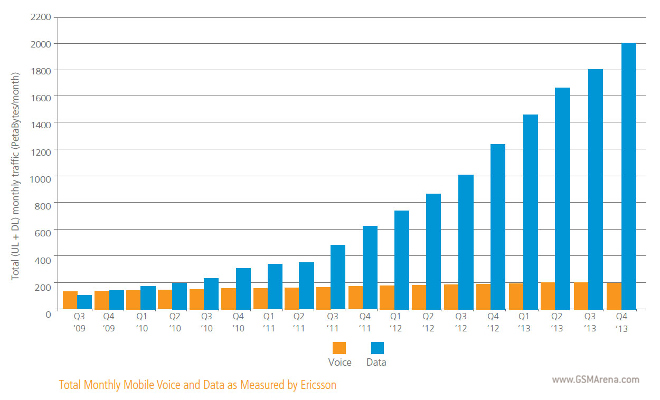 Well it seems that the decline of mobile voice usage on cell phones has finally occurred, according to Akamai’s State of the Internet Q4 2013 report.

In the report, Akamai measured traffic on 2G, 3G, and 4G bandwidths. The study shows that data traffic grew 15% between Q3 and Q4 of 2013; a staggering number considering that it happened only in a matter of three months.

“The number of mobile data subscriptions is increasing rapidly, and driving growth in data traffic along with a continuous increase in the average data volume per subscription.”

It’s worth considering that the data differs from country to country. Emerging markets, for example, won’t experience as much data traffic and let’s say, the US.