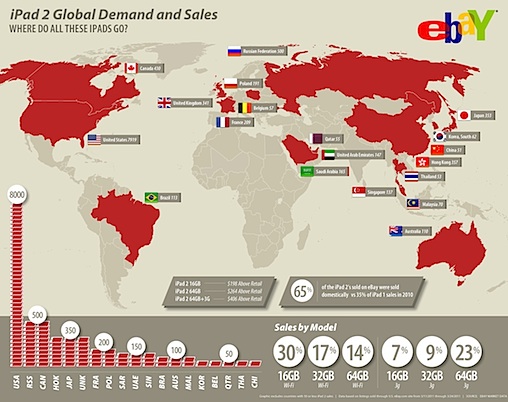 The most sought after devices from the model line are the low-end 16GB Wi-Fi version, and the top of the line 64GB Wi-Fi/3G tablet. The significantly higher prices of the iPad 2 are also a consequence of the fact that major industry analysts put in question Apple’s ability to maintain a stable supply chain in the near future, especially in lieu of the disaster in Japan.

Check out the infographic to see where the biggest iPad fans are. Also keep in mind that the original iPad is readily available in stock at all major retailers at a reduced price.