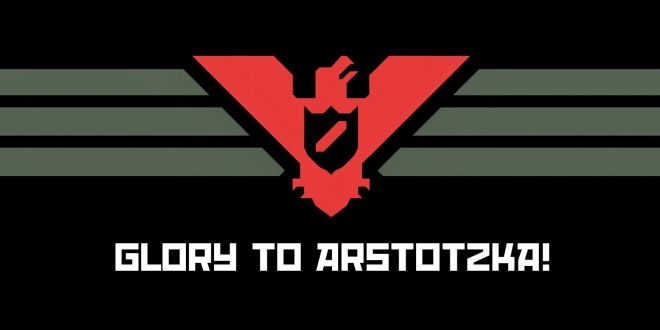 The game was initially launched on the desktop but has now been ported over to the iPad with full touch support. Let’s take a look at the iPad version.

If you haven’t played Papers, Please, the game involves the player scanning the passports and other documents of immigrants for any inconsistencies before allowing or denying them entry into the country. You have a rulebook and other information, which you can use to compare the information on the passport and other documents. If you spot any inconsistencies, you have to point it out to the immigrant. In some cases, you will have to do a full body scan of the person or a fingerprint comparison. Eventually, based on all the info, you have to stamp the person’s passport with a stamp, allowing or denying them entry. After that you move on to the next person in line. 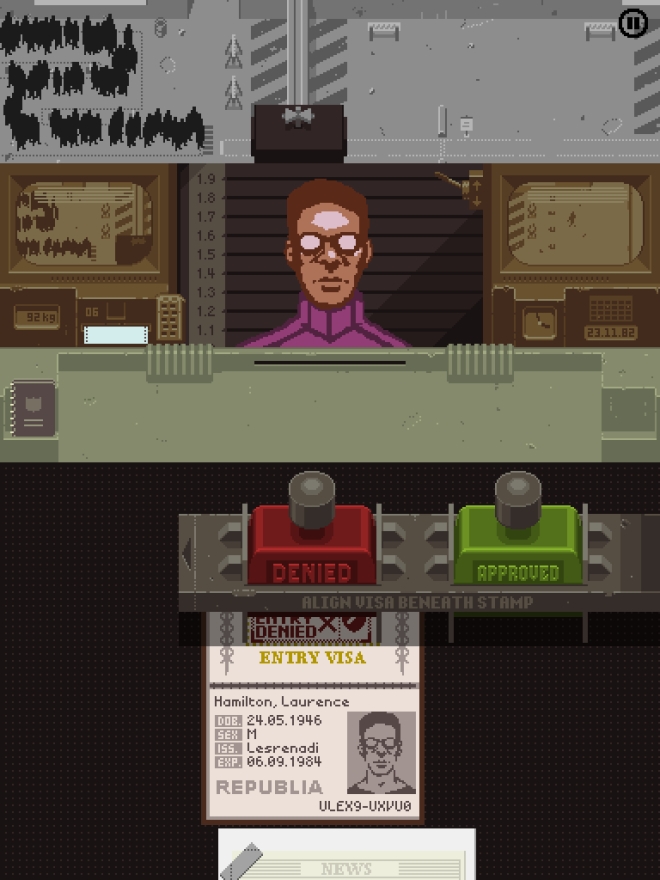 The game gives you a limited in-game hours to do your work. You have to do as many checkings as you can in this time, for each successful checking you get $5. The money you collect at the end of the day goes to your house rent, food, heat, or any medicine your family needs. If you don’t earn enough, you go into debt. This will result in your family starving or worse and eventually you lose your job and are arrested, at which point the game ends. This is just one of the 20 possible endings for the game, however. 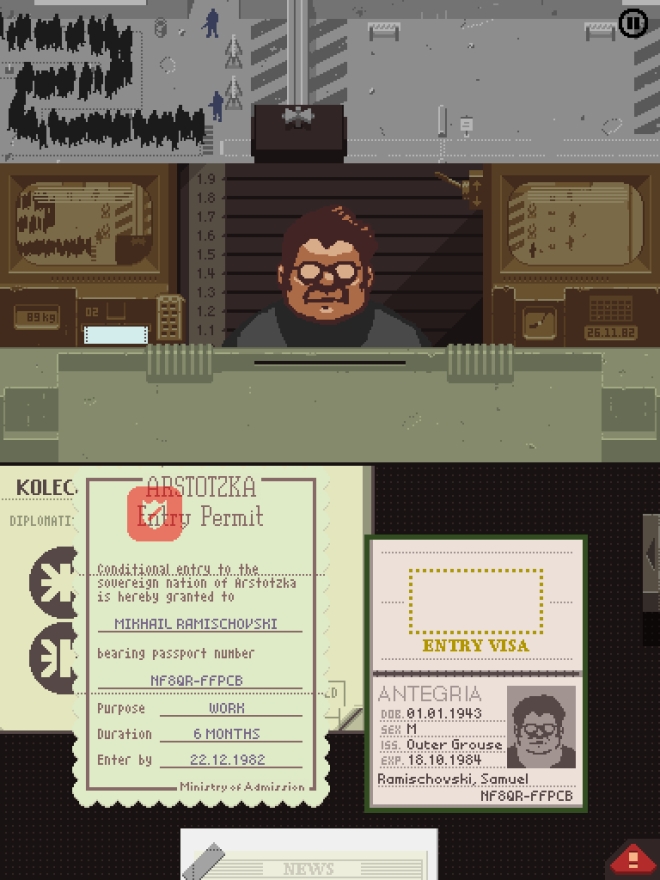 The game sometimes presents moral choice to the players. At times you have to decide between doing what you think is right versus what your job tells you to do. You could get a penalty, lose your job or get arrested in some cases so you have to decide if it’s worth the risk.

Papers, Please is the closest you’ll ever get to knowing what it must be like to be an immigration officer without actually becoming one. At first it feels all frivolous but soon you find yourself seriously poring over every detail in the documents as if it’s really a matter of national security for you. As the game progresses, more rules are enforced, and the people then have to present more documents to you, which you all have to verify by checking them back and forth before deciding on which stamp to place on their passport. And you can’t even take your own sweet time, as the clock is ticking and the more time you spend with one person, the less time you have in the day for others. 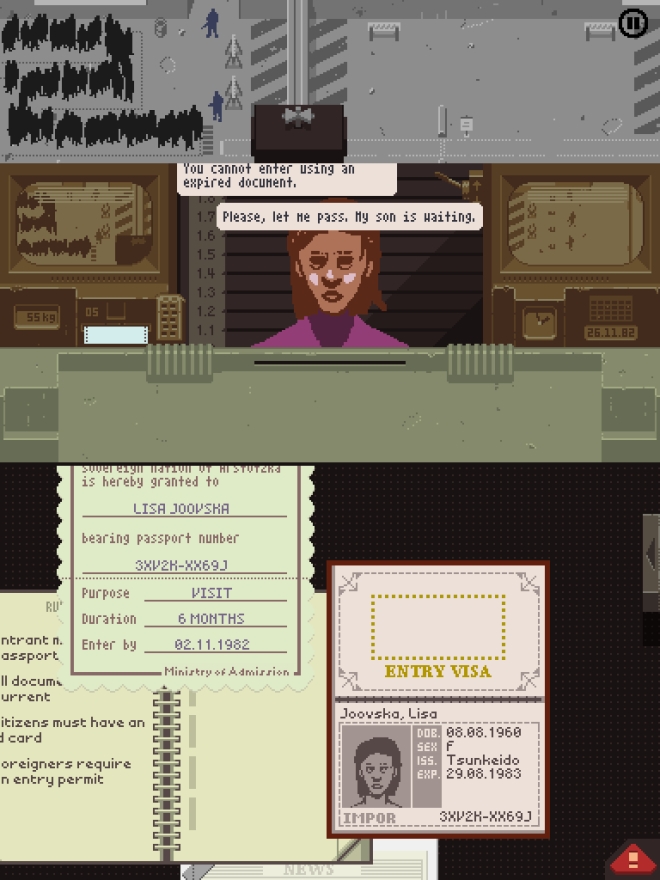 The first time you play the game you are bound to suck at it the way I did. By the time you grasp everything you won’t have enough money to feed your family or keep it warm and you will lose your job. The second time you attempt the game you are bound to be way more efficient and be a lot better at it. Still, after a while, the game throws quite a few complications at you in the form of multiple documents, not to mention having to do a full body check on some people or take their fingerprints.

The full body checkup results in a nude photograph of the person, which is needed to check if they are carrying any contraband on them underneath their clothes or at times even their sex. Apple initially had a problem with this and had the developer remove the nudity option but changed its stance later and the feature was added back but with an option to disable the nudity in the settings. 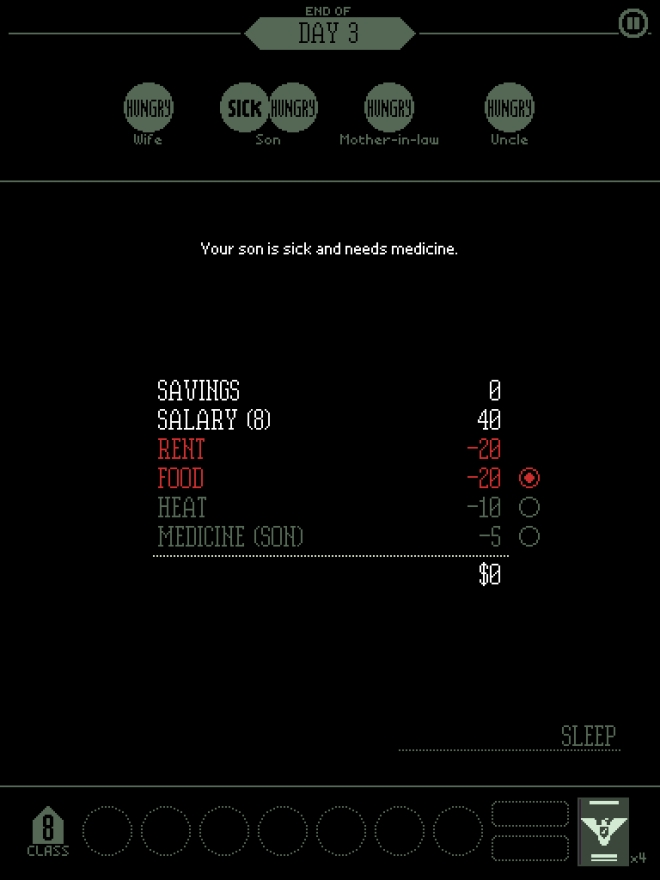 The overall gameplay is very exciting and also quite unique. It’s surprising how engrossed you get into the job of an immigration officer and how seriously you start taking it after a while, especially when the safety of your nation and your livelihood is at stake. It’s definitely one of the most innovative and unique games out there.

Papers, Please has pixel art graphics, which have become somewhat of a staple for indie devs these days. My personal jury is still out on this, as on one hand I feel that graphics shouldn’t matter too much for a game (by that I mean graphics intentionally made to look a particular way and not those that have framerate or texture issues) and on the other hand I feel it’s a lazy way to design a game without putting too much effort into designing the visuals. I personally don’t mind the art style of Papers, Please too much but I can understand if someone doesn’t like it at all. I do feel, though, that it’s a trend that needs to die now.

Audio is pretty decent. I do like the intro music a lot that also plays between levels. Other than that, there isn’t much music in the game. There isn’t any dialogue in the game but the sound effects are all decent.

Papers, Please is a wonderfully engrossing game. The iPad port is also perfect and the gameplay feels right at home on a touchscreen, even more so than it does on a PC. The visuals are too basic, but otherwise the game is pretty much perfect.