Panasonic has launched the new Lumix GF3, their smallest and lightest interchangeable lens camera. Although it might seem as if it is the successor to the GF2, the GF3 will be selling alongside it and takes a more simplified approach to photography that would appeal to novices. 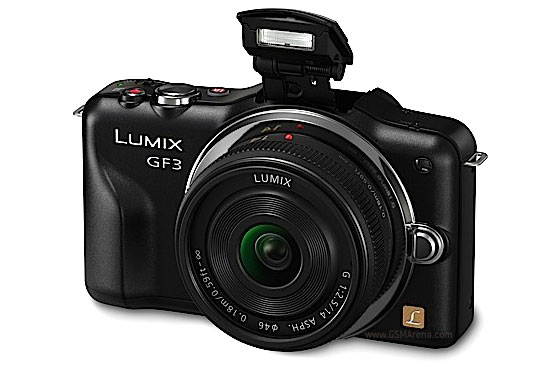 It has the same 12.1 megapixel sensor in a similar looking body but if you pay attention you will notice that there are some differences. For starters there is no hot shoe for you to attach a second, more powerful flash. The stereo microphones are replaced by a single one. And you will also notice that the GF3 does not have a mode changing dial. Instead it has a jog-wheel that also acts as the D-pad on the back. The whole control system has been simplified and reminds one of the Sony NEX cameras, which are the main competitors for this camera. It still has the touchscreen though, something the NEX cameras don’t.

The new GF3 is 16.7% smaller than the GF2 and 16.2% lighter and weighs only 222g (body only). The GF3 works using the same Micro Four Third lenses, which are slowly getting popular and can also use Panasonic’s 3D lens. The GF3 can record videos in 1080i at 60fps or 1080p at 30fps. The GF3 also boasts Panasonic’s fastest yet Light Speed auto-focus and they promise performance better than that of a high-end DSLR with phase-detect AF. 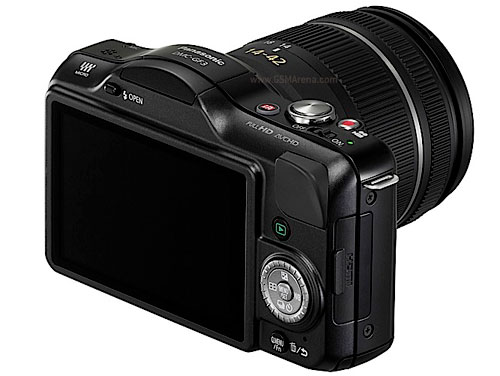