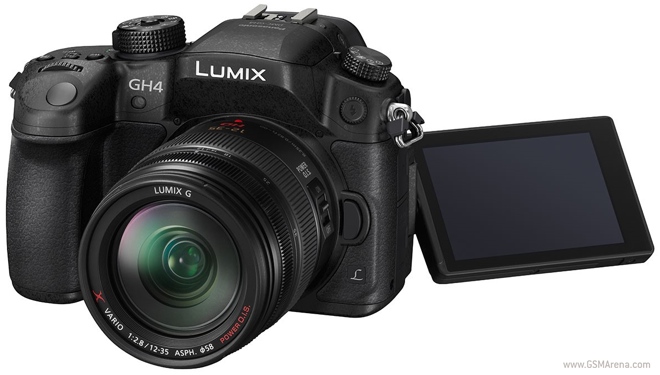 The GF4 has Zebra Pattern that will place black and white stripes on over exposed parts of the image to help correct exposure and focus peaking to help you manually focus. There is also a new 49-point Depth from Defocus auto-focus system that helps the camera focus in just 0.07 second. Other features include a 3.0-inch, 1036k dot OLED display and 2359k dot OLED electronic viewfinder, NFC and Wi-Fi.

The Panasonic DMC-GF4 is quite an impressive-sounding video camera hiding inside what looks like a traditional DSLR and comes with a ton of features that serious videographers will find useful. Unfortunately, no price and availability information has been announced so far.