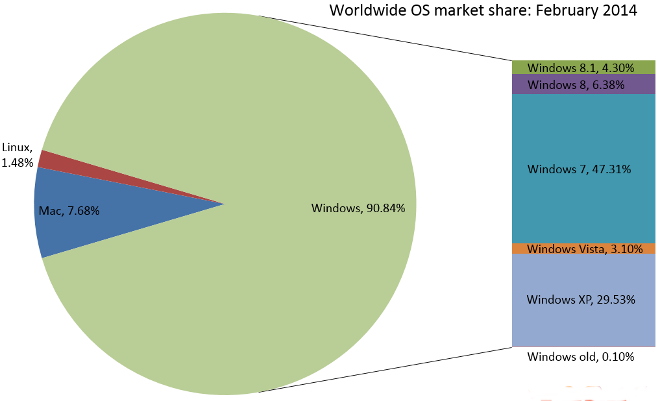 Windows 7 and Internet Explorer 8 are still ruling the OS and Browser roosts at 47.31% and 21.73% respectively. Join us after the jump for a more in-depth breakdown of the numbers.

NetApplications surveyed the usage for all web browsers and operating systems. Their findings were depicted in a neat pie-graph, courtesy of The Next Web. Windows 7 is losing market share slowly but is still the dominant OS of choice by a landslide. What’s strange is that Windows XP saw a slight increase in usage, from 29.23% to 29.53%. IE11 jumped from 11.51% to 12.80%, making it the second most popular iteration of Internet Explorer in use today.

Anyone surprised that IE still commands more usage that both Chrome and Firefox?