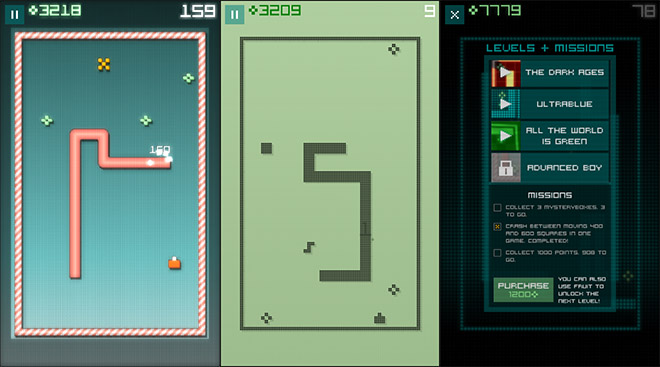 Snake Rewind is the modern day reboot of the original snake game and will certainly include the gameplay and the elements from of the original game. Obviously the new game will be improved with eye pleasing visuals plus a slew of interesting features such as letting the user play the game even after the snake has crashed.

Packing 10 different levels with each level having its own distinct look as well as music, there are new special fruits such as Fruit Magnet, Trailblazer, and Score Multiplier added to multiply the fun.

Snake Rewind will be released on May 14 for iOS, Android, and Windows Phone mobile platforms.