NVIDIA took the wraps off the 7” Tegra Note complete tablet platform. Designed by the chip manufacturer, the Tegra Note will be brought to market by NVIDIA’s partners with a starting suggested retail price of $199. 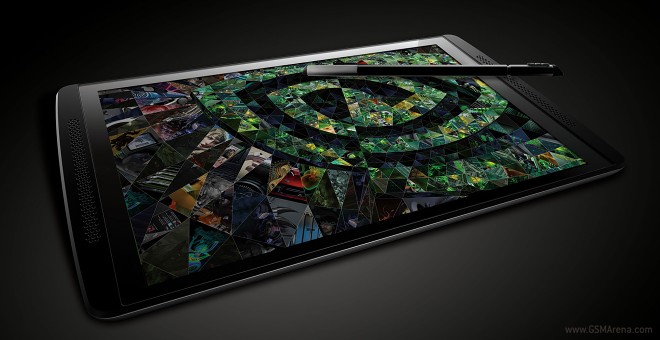 Unsurprisingly, the NVIDIA Tegra Note is powered by a Tegra 4 SoC with quad-core Cortex-A15 CPU and 72-core GeForce GPU. NVIDIA claims that the slate will be the most powerful seven incher when it hits the shelves.

The most impressive bit of the Tegra Note’s spec sheet is the inclusion of a stylus. Based on NVIDIA’s own DirectStylus tech, the gadget will offer superb response, and will come bundled with a number of apps which will utilize it.

The rest of the Tegra Note’s specs include a 7” IPS display with the rather underwhelming resolution of 1280 x 800 pixels, 5MP camera, VGA front-facing unit, 16GB of built-in storage, and microSD card slot. The tablet will also feature built-in stereo speakers with bass-reflex port.

There’s no word on the Android version of the NVIDIA Tegra Note. NVIDIA however, claims that it will be the latest version of the OS. The chip manufacturer will also be in charge of the software updates – they will be provided OTA.

NVIDIA Tegra Note based tablets will be launched by a number of hardware manufacturers which include the likes of ASUS, Toshiba, HP, XOLO, etc. The first slates will be available in the coming months.