Nvidia announced its newest flagship graphics card at the NVIDIA Gaming Festival 2012 in Shanghai, the GeForce GTX 690. Combining two GTX 680s on a single card, the 690 is going to be one hell of a performer. 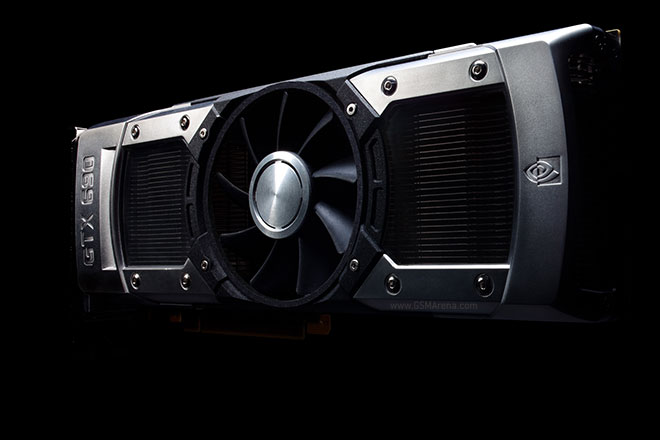 Combining two chips on a board is always tricky business and contrary to what one might expect the performance is not exactly double that of a single GPU card. In fact it’s usually less than the two cards running in SLi mode. But with the GTX 690, NVIDIA is aiming to get performance that will be equivalent to running two GTX 680 in SLi, while maintaining the convenience and lower cost of having a single card in your system. 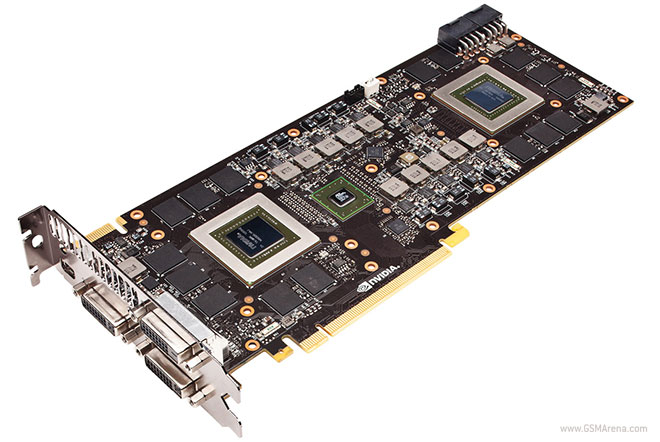 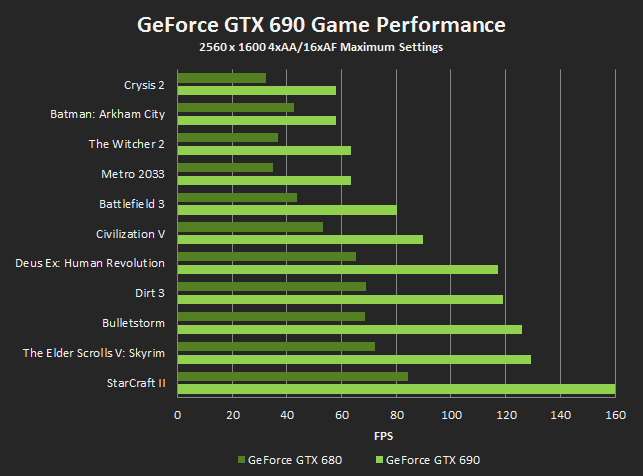 Unfortunately, we don’t have any reviews out yet for this card but if NVIDIA’s own scores are to be believed, the GTX 690 is on an average 75% faster than the GTX 680 in the same games.

But performance is not the only thing NVIDIA was after with the GTX 690. For the first time, a considerable amount of time and effort was also spent in improving the industrial design of the GPU. The design and the materials used take great inspiration from the engines of supercars and the outer shell in particular is made to look like an F1 car’s engine block. 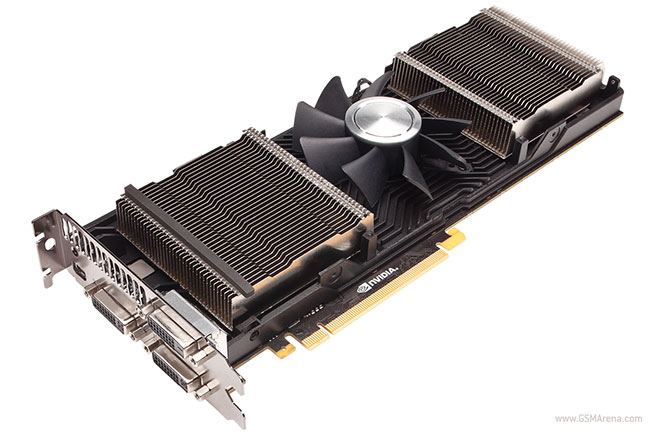 But of course, looks aren’t everything and the design also has to be good at dissipating heat, especially on a dual-GPU card. For this, the 690 uses a pair of custom vapor chamber heat sinks cooled by a center mounted axial fan which should help keep the temperatures and sound levels down.

The GTX 690 will go on sale on May 3. Priced at $999, the GTX 690 costs exactly twice as much as the GTX 680 and is NVIDIA’s most expensive graphics card yet. Considering that the performance is roughly equivalent to dual GTX 680 in SLi, the pricing is appropriate. What little you lose in terms of performance you gain in terms of reduced power consumption and the convenience of having just one card inside your PC. We will still have to wait and see how well it performs in the reviews when they eventually come out later this week.