A Nokia Windows RT tablet has been spotted in the wild. The device has the familiar Verizon and 4G LTE logos on the back and the red color to go with the branding. The tablet will also be available on AT&T at launch. 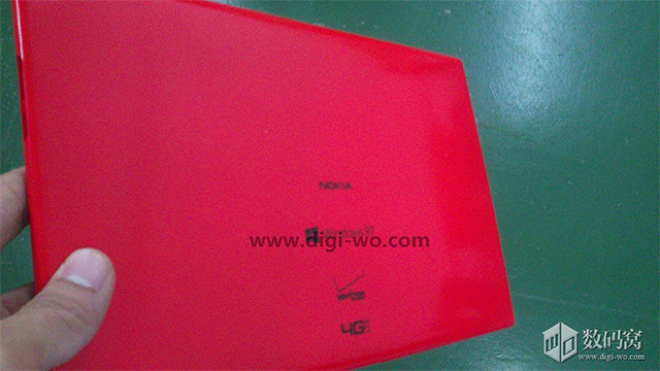 In terms of specifications, the Nokia tablet is said to have a 10.1-inch display, quad-core Qualcomm Snapdragon 800 processor and obvious LTE support. The device is seemingly using Nokia’s unibody polycarbonate design and you can see the volume keys and what seems to be the power button on the right. A camera is nowhere to be found on the back.

The tablet is rumored to launch on September 26. More details should be uncovered during Nokia’s event next month.

I’m not sure what Nokia’s game plan is here. Microsoft’s own Surface RT was an unmitigated failure. Nobody really wants to use Windows RT. It’s strange that Nokia would take such a gamble, considering they aren’t doing all that well financially.