When you have the most iconic and recognizable mobile theme in the world, you’d have to be pretty confident to let the general public loose on it, with a mind to then putting the result on 100 million handsets worldwide, but that’s exactly what Nokia have gone and done.

The Nokia Tune competition opened at the start of September and asked musicians, music lovers and Nokia fans everywhere to reinvent the iconic Nokia theme in their own style.

Update: Nokia just came up and made it clear that this new controversial DubStep remix is not replacing the original Nokia tune.

The winner would then have his or her new theme pre-loaded onto over 100 million new Nokia phones to be sold across the globe as well as bagging themselves a $10,000 first prize.

The theme itself originates from Spanish classical guitarist and composer Francisco Tarrega’s piece, ‘Grande Valse’. What we know today as the Nokia tune, is merely an adapted arrangement, dating back to 1902. Nokia first used the theme in 1994 with the Nokia 2100 series and have over time reshaped and updated the theme to suit the devices the company makes and Nokia’s image as a whole.

The winner of the competition was 22-year-old Milan based audio design graduate and DJ, Valerio Alessandro Sizzi. Valerio’s theme was one of over 6200 other entries from across the world and received nearly 2000 likes on Facebook in the short time the competition has been running. His theme was handpicked by a group of seven judges, who trawled through around 3000 minutes of audio to find the theme they were looking for. 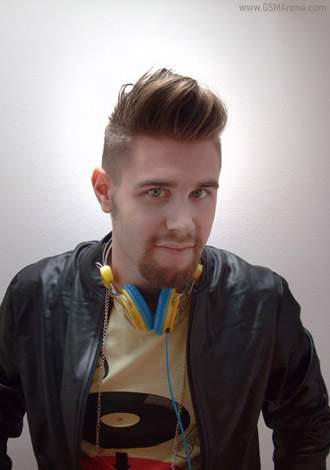 The winning theme sees classic Nokia tune blended with an aggressive injection of electronic bass lines and synth overtones to create the ‘Nokia Tune dubstep Edition’, which you can listen to here or click play just below.

When explaining why he decided to create a dubstep version, Valerio said:

“The original Nokia ringtone is the most representative “symbol” of Nokia’s brand identity. It is not just a ringtone, it’s a sound-logo, something that in the last few years has reached a massive importance. Whenever you hear the Nokia Tune, you know it’s a Nokia product.”

With over 1.4 million visits and 11 plays of the various entries, Valerio faced stiff competition, but as you heard, the end result is an exciting refreshing take on the classic and oh so familiar theme.
We hope Valerio will go on to create more great tunes and in the meantime, you’ll be able to start picking up Nokia’s with his new flavor of theme in the not-too-distant future.

If you want to hear the other entries and see the leader boards, you can find that here and a full rundown of the ‘winning tune’ story can be found on the Nokia Blog, here.