Here’s another thing to look forward to from the Nokia N8 – games. At the Open Mobile Summit in London, Nokia showed off a few game trailers for games running on the Nokia N8. 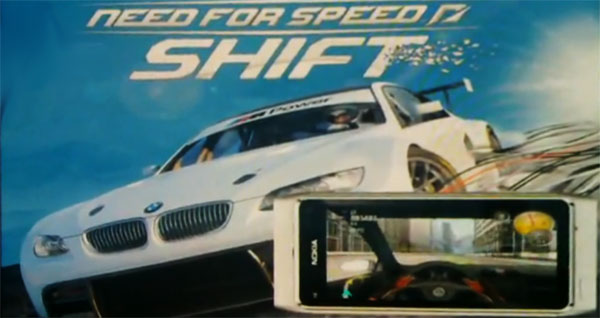 Nothing new, but Tetris, Monopoly and The Sims 3 are pretty much timeless and Need For Speed: Shift is about as good as it gets in the current mobile racing game world…

The three games are developed by EA and they’re not straight copies of what used to run on Symbian^1. The Sims 3 for example uses multitouch in the gameplay – a feature introduced by Symbian^3.

Anyway, here’s are the video trailers:

The games were also running on the actual device itself. No videos, as Nokia is apparently prohibiting recording of the live OS – they’ll show it off properly only when it’s nice and ready.

Still, Jay Montano from MyNokiaBlog managed to snap a few photos of the games in action.

Need for Speed: Shift, Monopoly, The Sims 3 and Tetris running on the Nokia N8

It’s hard to tell from the photos, but reportedly, the game graphics looked great.

That’s good to hear – Nokia has been bragging about the improved graphics capabilities of the new Symbian^3 platform, and it looks like the Nokia N8 has the hardware to make it work.