Nuance, the developer behind Dragon Naturally Speaking and many other voice operated technologies in consumer electronics, has created a voice-activated personal assistant which uses biometrics to uniquely identify a specific user. 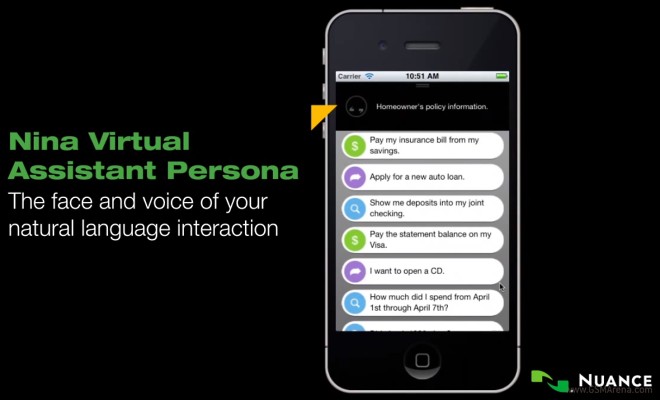 This means that you’ll be able to tell your phone to do all sorts of things requiring secure identification by simply talking to your phone.

Unlike OS and device specific solutions such as Siri and S Voice, Nuance is launching a mobile SDK for Android and iOS, which developers can use to make their third party applications voice-operated.

Check out the video of Nina in action:

We can see Siri glowing green with jealously, although perhaps we’ll see a new and improved version come September 12th.