With the kind of success the Nikon D7000 had, it was only a matter of time that Nikon introduced a slightly trimmed down version that brings its great imaging capabilities to the lower market segments. Enter the Nikon D5100! 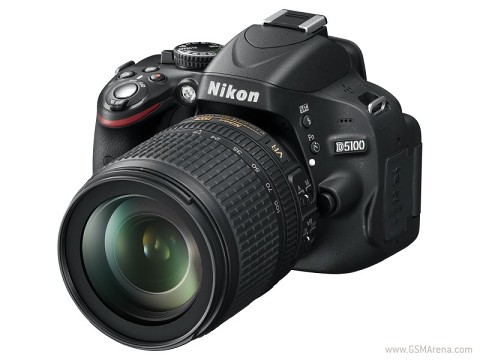 Another big absentee is the built-in AF motor, which means that legacy Nikkor and 3rd party lenses will lack autofocus capabilities on the D5100. You will also have to live without the weather sealing and with slower continuous shooting (4fps vs 6fps on the D7000). Still we find those sacrifices reasonable, considering the price cut you are getting.

Early tests show that despite the identical sensors inside, the Nikon D7000 tends to be a bit sharper, but slightly noisier than the D5100. This suggests that Nikon has used a stronger AA filter for the more compact DSLR, which seems to make it more suitable to its target audience – DSLR enthusiasts, rather than professionals.

Along with the D5100, Nikon introduced the new ME-1 stereo microphone. It plugs into the 3.5mm jack of your DSLR/compact camera and slides into the hot shoe. Packing noise dampening components and a low-cut filter it minimizes noise resulting from AF operation and reduces wind and other noise not already blocked by the wind screen.

The ME-1 microphone should hit the shelves in April for an estimated price of $180.