Two years ago Nikon announced the D3s, which was to be their flagship camera then. That camera set the benchmark for low-light performance and had the competition struggling to catch up to it. Today Nikon is back with their new flagship DSLR, the Nikon D4, which improves upon the already excellent low-light performance of the D3s and this time, makes it even faster. 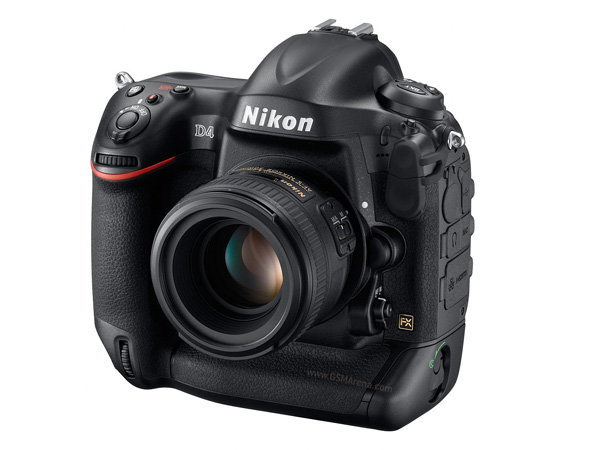 Speed is one of the highlights of the D4, which has a startup time of just 0.012 seconds. The D4 is also powerful enough to capture full resolution JPEG or RAW images at up to 10fps with full AF/AE or up to 11fps with locked AF/AE. The D4 also uses Nikon’s new 51-point Advanced Multi-Cam 3500 AF autofocus system, which is said to be faster and more precise than before. To save all the data coming at blazing fast speeds you will need a similarly fast memory device so the D4 supports the new UDMA7 Compact Flash and the new XQD memory cards.

The Nikon D4 uses a full-frame 16.2 megapixel FX-format (36 x 23.9mm) CMOS sensor. It has a native ISO range of 100-12,800 but it can go as high as 204,800, twice that of what the D3s could do. Best part about the D3s was that even at those absurd ISO values it could still produce usable images and Nikon claims the D4 can do the same, at even higher sensitivities. Nikon is also using its EXPEED 3 image processing engine, which they claim is responsible for the faster speeds and improved performance. 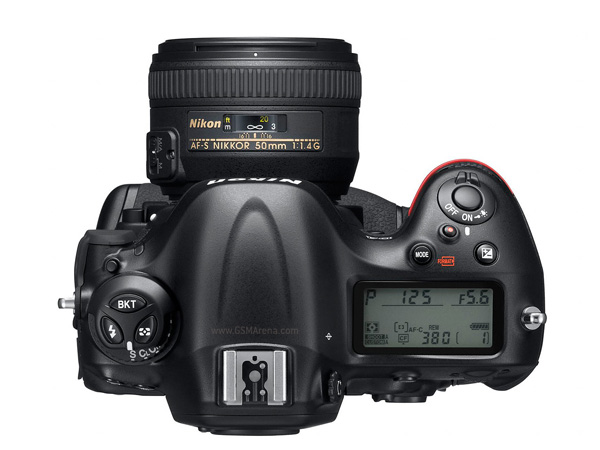 The D4 uses a new 91,000-pixel RGB 3D Color Matrix metering system which precisely analyzes each scene and recognizes factors such as color and brightness before passing on the information to the camera’s on board database.

The D4 uses a new compressed RAW format along with the standard Nikon RAW (NEF) files, which consume less space and improves speed. There is also a built-in HDR mode for combining multiple images of various exposures into one image, something you’d usually have to do in Photoshop on a computer. Finally, it can also do 1080p 30/24fps and 720p 60fps video recording in H.264 / MPEG-4 AVC format.

On the back, the keys have been rearranged a bit compared to the D3s so now it is easier to use the camera in portrait orientation. There are also a couple of joysticks for adjusting your focus points or moving an image while viewing it. Nikon has also altered the camera shutter button angle to a more comfortable 35-degree and made the D4 lighter so now it is a lot easier to use compared to its predecessor. 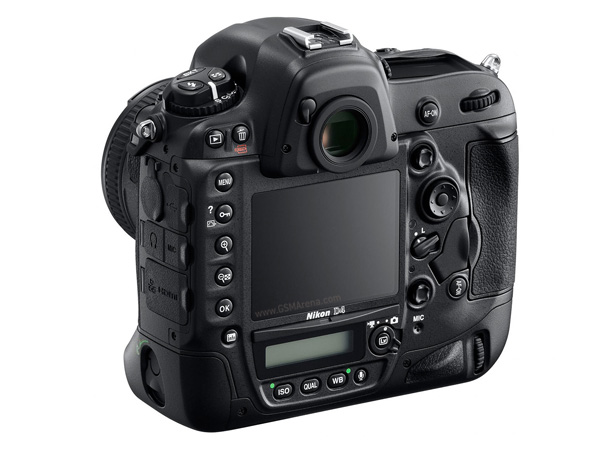 Anyway, this camera is not for us mere mortals so we are in no position to judge its price. It’s meant for professional photographers who take pictures that justify the cost of owning such a camera. They have the D3100 and D5100 for the rest of us.