Sony announced the new members of their VAIO P ultra-portable series and they sound exciting to say the least. Available in a selection of five different colors and weighing just over 600 grams the new Sony subnotebooks pack GPS, Digital compass, accelerometer and touchpad. 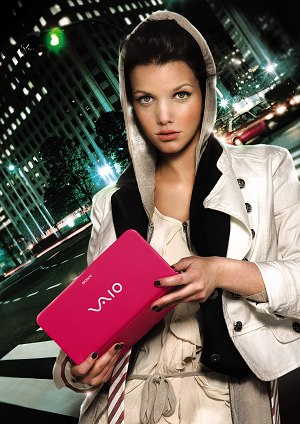 The built-in Everywair 3G module supports HSDPA (up to 7.2 Mbps) and there are two USB ports on board. Bluetooth and Wi-Fi b/g/n make up for a connectivity grand slam. But that’s by far not all that the new Sony VAIO P series have to offer.

The CPU has also been upgraded to Intel Atom Z540, which should bring a rough increase of 30 percent in the calculation powers of the devices. There is a 64GB SSD module under the hood and 2GB RAM.

The new VAIO P devices pack the same 8-inch display with a resolution of 1600×768 pixels and run Windows 7. Their market launch is expected in June and while there is no mention of price in the press release I bet they won’t be cheap. After all if the current models’ suggested price is just under a thousand bucks, the successors will hardly go for pennies.