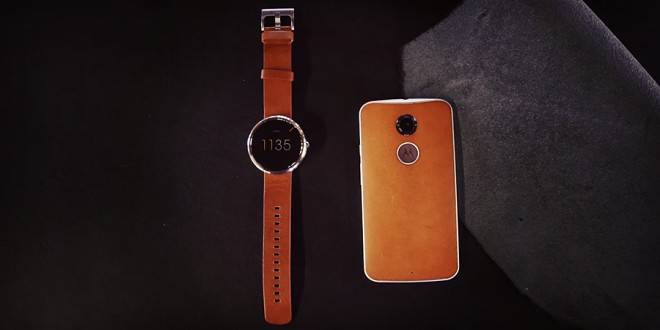 Motorola was quick to take a shot at the new handset and its leather-covered back options, by posting a photo of the Moto X and the Motorola 360, both featuring leather. At any other point in time, such a post would have been glanced over as a simple reminder of all the options the company’s Moto Maker customization service offers, but it the current context, it leaves no mystery as to Motorola’s intentions to mock LG.

However, it is definitely true that Motorola has had a “genuine Horween leather” option “since 2014″, so, as they say – “Shots have been fired!”. Your move, LG.