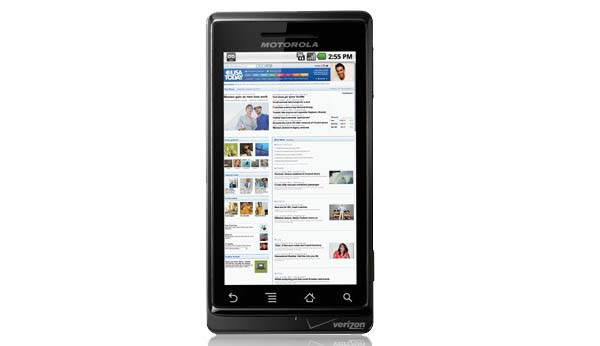 Obviously Google took a strange U-turn on the matter. According to their previous official position the only reason the MILESTONE and some other Android devices packed multi-touch gestures was because they didn’t have any control over the software when it left the US of A. Clearly though, they have solved whatever issues (legal, I guess) they had with it and are now implementing it in their devices for the American market too.

You can only zoom in the maps app for now, but I expect them Droids to get pinch zooming enabled throughout the interface in some of the future firmware updates.