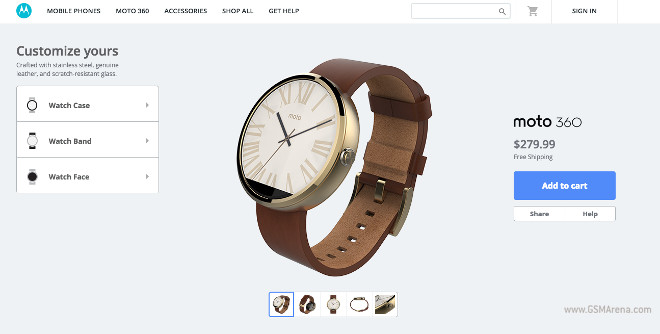 You can choose from three case finishes – dark metal, light metal, or champagne gold. This is actually the first step if you use Moto Maker for the Moto 360.

Once you’ve settled on one of those, it’s time to pick from nine band options, which include leather, metal, as well as Motorola’s new “mono-link design”, which is apparently a modern take on the classic metal band. Finally, you can choose one of 11 watch faces, and the one you like will be the one you see when you first turn on your Moto 360. Of course, after you receive the smartwatch, you can install many other watch faces too.