Microsoft to announce DirectX 12 on March 20

Microsoft will be giving game developers a closer look at the next version of its graphics API set on March 20 at Game Developer Conference or GDC. Microsoft didn’t reveal much about it right now and all we know for sure is that AMD, Intel, NVIDIA and Qualcomm are onboard with it right now. 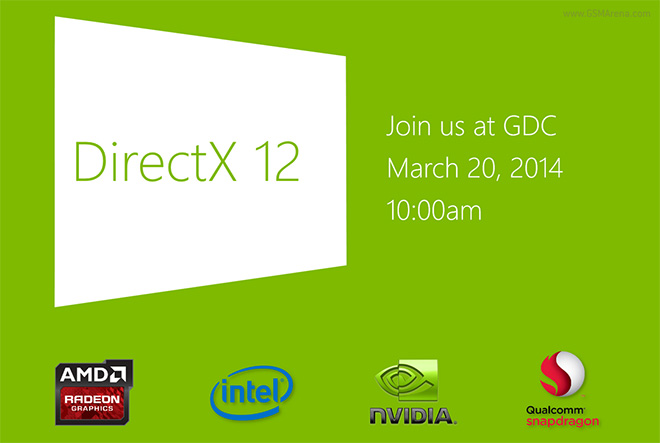 But while Microsoft did not reveal much on its website, the GDC schedule for the DirectX event does give a good hint at what we can expect. According to the description, it seems DirectX 12 will offer lower-level access to hardware, similar to AMD’s Mantle API. Having low-level access to your hardware means you are able to get the most out of it and make better use of it.

Although DirectX 12 will be announced later this month, it is not expected to release until next year. Considering Microsoft usually releases major version of DirectX with new versions of Windows, we could see it arrive with Windows 9 next year. DirectX 12 will also be in future versions of Windows Phone and will supports the same features as on the desktop version of Windows, so a game made for DirectX 12 on Windows will technically run on Windows Phone.

We’ll find out more details couple of weeks from now when DirectX 12 is announced.