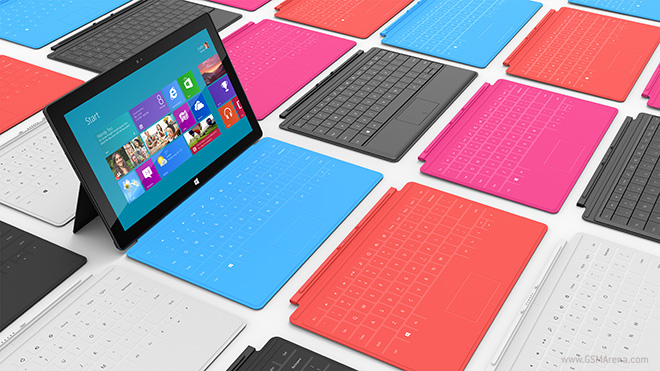 In case you are not aware, the Surface is Microsoft’s upcoming tablet designed completely in-house by Microsoft. There will be two versions of it, the Surface, running Windows RT on an ARM-based NVIDIA Tegra processor and the Surface Pro, running Windows 8 on an Intel Ivy Bridge processor. The Surface has a 10.1-inch HD display, whereas the Surface Pro ups the resolution to FullHD. The tablet has an molded magnesium casing called VaporMg with an integrated kickstand. Microsoft will also be providing a unique soft cover for the tablet that has built-in capacitive keyboard and trackpad.

No price information is known at the moment but it is speculated that the base Surface will start at $499, same as the new iPad.