Microsoft Surface Pro 3 goes up for pre-order, US units start shipping on June 30

The latest iteration of Microsoft’s popular Surface tablet has gone up for preorder on Microsoft’s online store, and is set to hit brick-and-mortar Microsoft and BestBuy retailers in the US in limited quantities. 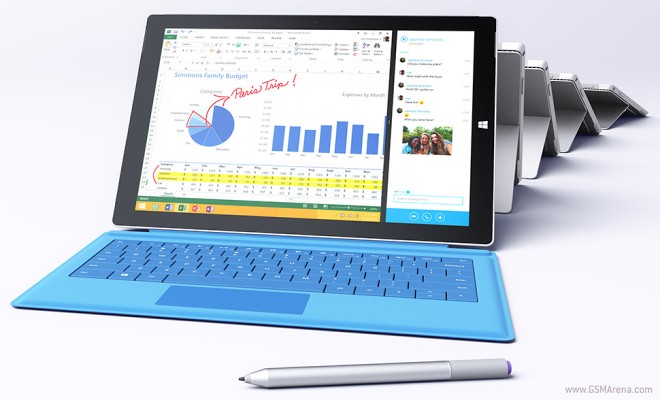 The Surface Pro 3 runs on a real (read: non-RT) version of Windows 8.1, complete with the horsepower that Intel’s Core family brings, but with the compact nature of a tablet. The build quality of the Surface family has been heralded as high-end ever since its first iteration back in late 2012, and the inclusion of the Type cover (for an additional $130) adds some even greater functionality. The Pro 3 also bumps up the display to 2160 x 1440px resolution.