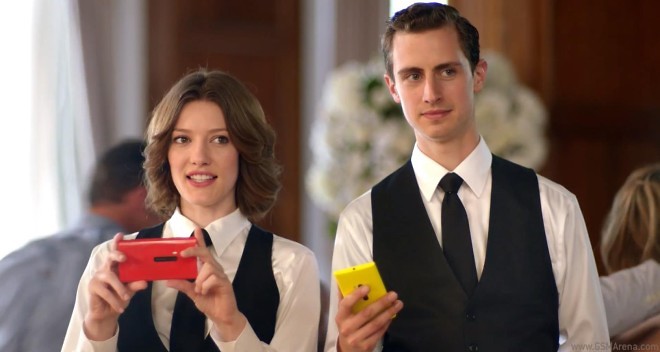 Well the latest ad coming from Redmond is dubbed Don’t fight and sarcastically portrays Samsung and Apple’s fans as bickering fanboys, who just love to promote their favorite brands and bash their opponents.

The venue is a wedding at which the guests represent a perfect half and half – iPhone users on one side and Galaxies on the other side of the aisle.

But let’s not spoil the viewing experience – check the ad out for yourselves.

It’s clever marketing and one could say it looks pretty similar to what Samsung has done in the past – short clips, which mock the competition while promoting your product’s traits. Will it help Nokia generate sales of Nokia Lumia 920s and Windows Phone in general or will it result in a backlash from the restless (and more vast) armies of Samsung and Apple lovers?