Over the years Nokia has done alright for itself and established some well-known trademarks in the tech world. PureView is now synonymous with great camera performance, ClearBlack denotes great display hardware and Asha was Nokia’s dumb phone name while Lumia is the name of the best-selling Windows Phones by Nokia.

After Microsoft bought Nokia and transformed it into Microsoft Mobile, there were questions whether Microsoft will gain those famous Nokia trademarks or not. To blow away the mist of the unknown PureView, Lumia, Asha, ClearBlack, Surge and Mural brand names are now all owned by Microsoft Mobile.

It’s not known what Microsoft plans to do with those trademarks – will it continue to call camera-centric Lumias PureView, will it keep on making Ashas in Nokia’s name or will it use Nokia’s low-reflective ClearBlack tech on future displays is yet to be seen. 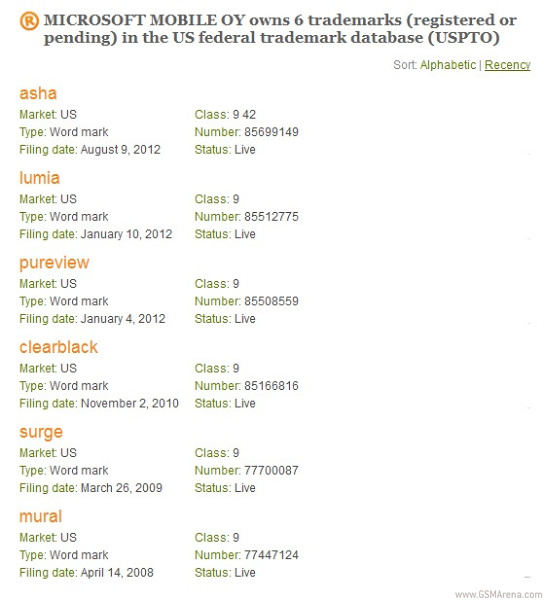