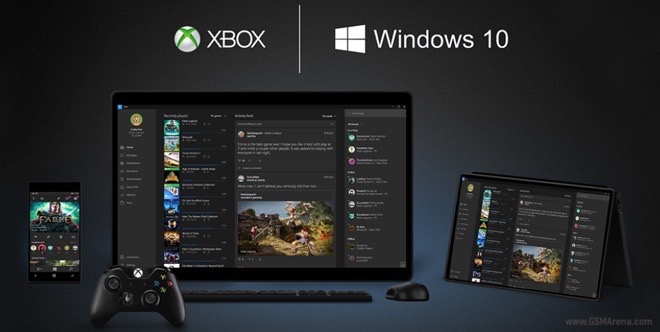 Microsoft approached gaming as a highly personal activity with its latest Xbox implementation. System-level features will include messaging and friends list. The Windows 10 app will interact with the Activity Feed, as well as support Steam games.

DVR will arrive to gaming with Xbox for Windows 10 as well. Users will be able to capture and edit gameplay footage just like they do on Xbox One.

DirectX 12 will be part of the graphics subsystem. It will ensure smooth graphics and low power consumption. The popular Unity game engine will also support DirectX 12.

Furthermore, Xbox One users will be able to stream their games to a Windows 10 PC at some point later this year. Microsoft demoed the upcoming feature by playing Forza on a Surface 3.