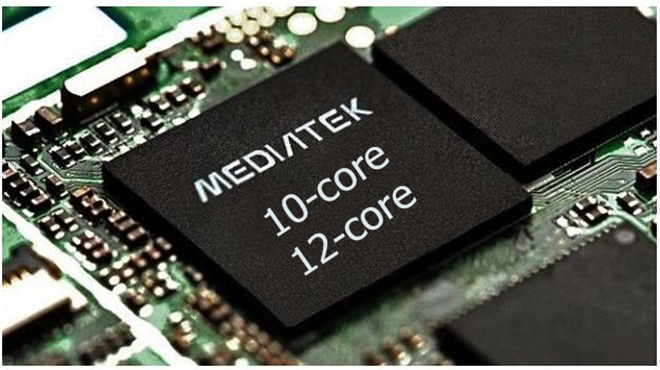 New rumors have surfaced from industry insiders, stating that the manufacturer in working on ushering in a new breed of mobile CPUs with 10 or even 12 cores. This of course raises a lot of questions and concerns.

For one is this even feasible in such a small form factor and with passive only cooling? How will the architecture be executed – will it be a true 12-core chip or something more in the lines of the early big.LITTLE SoCs?

But if we have to address the elephant in the room – will this be usable or bring necessary performance increase to the mobile table? Let us make some observations. A twelve-core CPU is a huge number of transistors to pack inside a portable consumer device, even with a modern 20nm design. At this point Mediatek is planning to strut well into Intel Xeon territory in terms of core count and that is a server processor family, not something you primarily use to check your email and browse.

Even if we consider that there truly is room for so much computing power within modern devices the logical question is can we actually take advantage of it. With 64-bit ARM processors only now gaining momentum due to slow software adaptation and optimization It seems unlikely that major OS manufacturers as well as application developers are going to instantly jump on to the new architecture and adapt everything to support it.

And then again, besides inevitably increasing power-consumption a new 10 or 12-core CPU will also most likely be throttled by hardware limitations as well. RAM needs to be significantly improved if it is to keep up with the SoC and again this is reasonable only if software optimization is properly and timely performed.

So is this the next logical step forward or just a “more is better” type of marketing approach? Only time will tell – the possibility of such chips is certainly an exciting one though, even if it’s just our inner geeks speaking here.