The analysts from Distimo made a very intriguing research, unveiling the truth about the major mobile applications stores. The information concerns the free vs. paid apps ratio, the average price comparison, total number of apps, etc.

As you can see from the nice chart, the Android Market packs an impressive percentage of free software, while the Nokia’s Ovi Store and Windows Marketplace take the last positions. The Apple App Store has only 25% free apps, but taking in mind its huge catalog they’ve got there, I’m sure their absolute number will be a match for several Android Markets.

The next chart shows the average price for all paid apps. The BlackBerry Store is the most expensive one for sure, followed by the Windows Marketplace. The Android Market, Apple AppStore and Ovi Store share almost identical prices, while the cheapest applications can be found in the Palm application store. 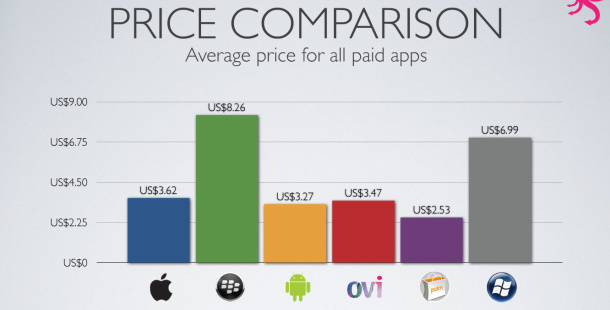 If you are wondering about the huge difference, Distimo point an example. A standard IM+ client will cost you $5 on the Apple AppStore and $30 from the BlackBerry Market. And that is just one of the many.

Finally, the chart below speaks for itself. 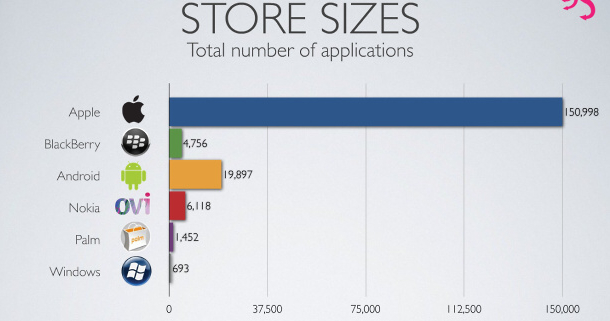