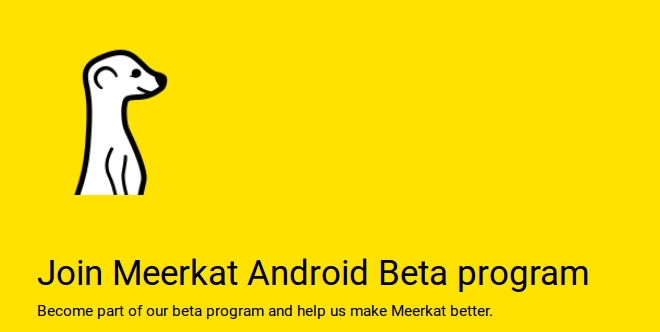 To join the Meerkat Android Beta program, head over to a Google Docs form (click the Source 2 link below), and fill in the required information, which includes your name, Twitter handle, and email. It isn’t yet clear when the app will be released to everyone though.

For those who are not in the know, Meerkat allows you to stream live video from your smartphone to all of your Twitter followers at once. The news comes just a couple of weeks after Twitter announced that an Android version of its own Meerkat competitor, dubbed Periscope, is coming soon.