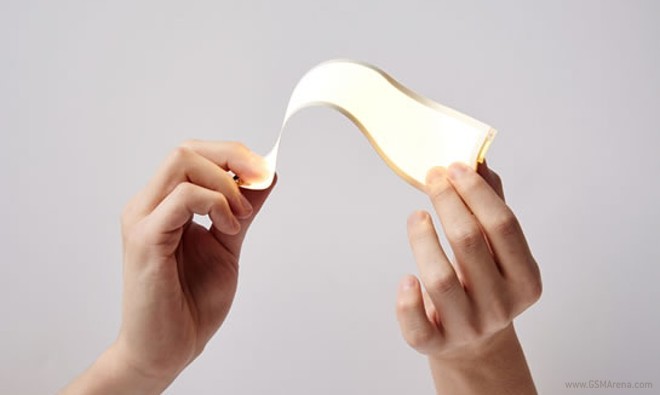 This seems to be finally changing with an ever-increasing push towards curved display technology. Naturally smartphones are among the first adopters and LG is at the forefront of innovation when it comes to curved technology. After the LG G Flex 2 was unveiled at CES 2015 in became abundantly clear that the Korean manufacturer intends to further develop bendable display technology and is investing in its future.

And while the P-OLED panel in the G Flex 2 is mighty impressive, LG will not be stopping there and a new reports hint toward ongoing development of a truly flexible screen and even early units already available. This is achieved by a whole new plastic OLED technology that LG claims is better than current curved screens in every possible way.

The way LG Chem plans to revolutionize bending displays is through a new manufacturing technology. The current generation bendable OLED panels, like the one inside the G Flex 2 feature a thin glass substrate. This allows for a certain level of flexibility, but limits the bending radius to 75mm. Next generation displays will be created using plastic for a more than double decrease in the bending radius, set at about 30mm. What this means in plain terms is that the new panel can be bent like a 60mm wide roll. 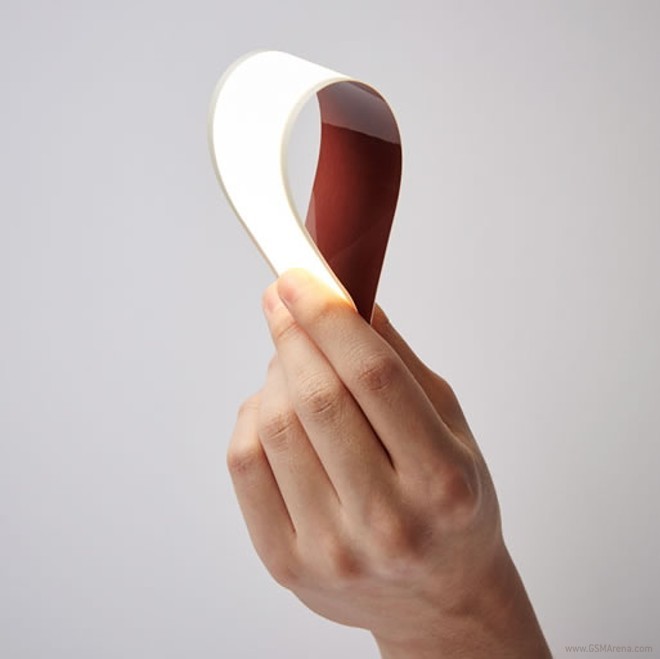 Plastic also brings improved resistance against shattering and durability and the new formula adds up to stronger displays that can be bent in far more interesting shapes than the simple parabolic units we have today. But there is a lot more to the new technology than simply replacing glass with plastic. LG was struggling with a lot of performance issues in the new panels, which were only recently dealt with thanks to improved encapsulation and barrier technology.

The highly-bendable P-OLED units have 75lm brightness, 60lm/W efficiency, 3,000k color temperature and CRI over 85, which is adequate by today’s standards. LG has announced that panels are already available for testing and engineering purposes and can be purchased for $450. Mass production is set for July 2015, which is not that far away. 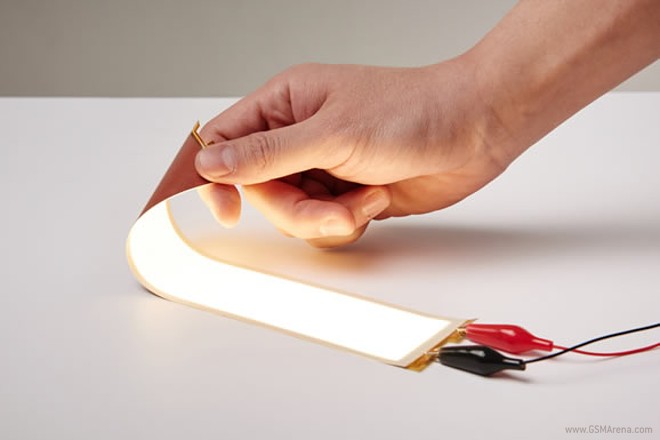 The Korean tech giant even goes beyond in its roadmap and predicts that bendable smartphones could start appearing this year, while rollable and foldable displays could be integrated in actual devices in 2017!