LG puts up a new image of their G Watch

LG’s upcoming wearable, the G Watch has been circulating the internet and the Korean tech manufacturer decided to release something to whet our appetites: a new teaser picture. 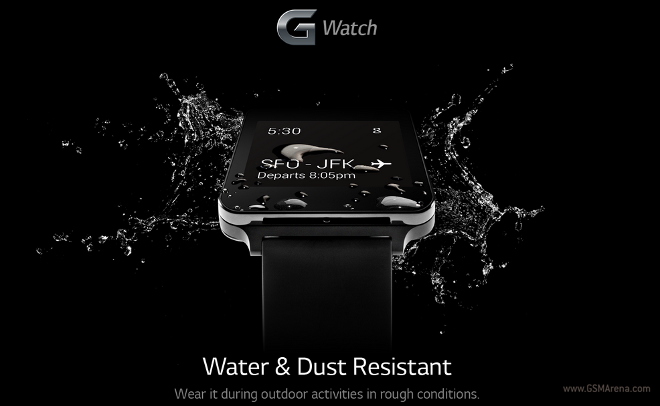 As you can see above, the ad shows off the smartwatch’s water and dust resistance.

This seems to be a good marketing strategy for LG, as the idea of strapping a small computer to your wrist doesn’t exactly instill ideas of durability or practicality in the minds of most consumers.

The G Watch does seem like an interesting concept: an understated Android Smartwatch that won’t balk at the threat of dust and water. LG’s upcoming wearable is also expected to rock a 1.65” display along with 4GB of storage built into the watch.

There haven’t been any additional details about the tech specs or price of the device.