LG prepares an Android tablet, due by the end of the year

As part of the Optimus unveiling today, LG mentioned they are preparing a high-end Android tablet that should hit the shelves before the end of this year. 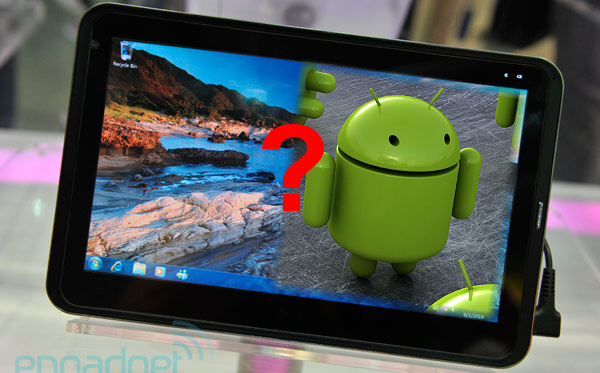 And that’s all information we have, LG staying mum on details. As the tradition goes LG didn’t publish many specs in their press release.

In case you haven’t heard, LG already has another tablet in the works – the Windows 7-based UX10. It was presented during the Computex this year with 10.1-inch LED capacitive touchscreen, Intel Atom Z530 processor, 1GB DDR2 RAM, Wi-Fi, SD slot and HDMI port.

I suppose the Android tablet might turn out to be its twin brother.

Anyway, both gadgets are expected to become available by the end of the year.