LG Optimus 2X lands at the office in all its Tegra 2 dual-core might, a hands-on video is here

The future of smartphones is right in front of you. Dual-core processors have arrived to the smartphone world and will most certainly be the thing to have in 2011. What we have here is their pioneer, the Tegra 2-packing LG Optimus 2X. 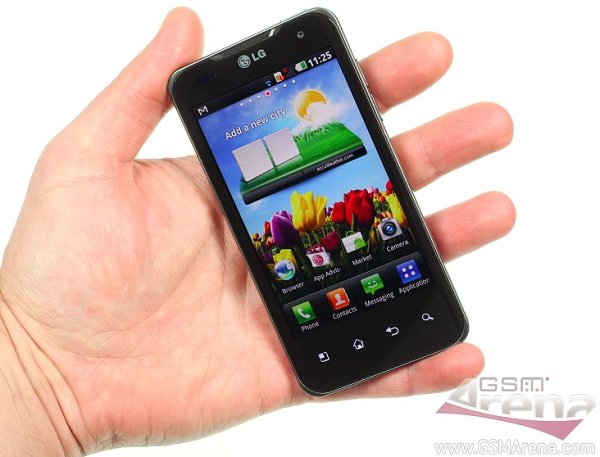 We imagine that we won’t be surprising too many of you by saying that the Optimus 2X is blazing fast. What might come as a shock to you though is the fact that Android 2.2 Froyo doesn’t support SMP (Symmetric Multi-Processing), so you would hardly see the full potential of the dual core architecture, let alone the promised battery life advantages. We could only imagine the performance under a OS such as Android 3.0 Honeycomb that natively supports the dual-core platforms. Still, each of the two newer generation 1GHz Cortex-A9 cores are good enough to compete with any the current Cortex A8 based platforms.

Not to mention the Geforce GPU that’s part of the Tegra 2 SoC runs circles around any other graphics chip in mass manufacturing, not to mention the help of the dedicated video decoding chip.

But seriously – the Optimus 2X is not only a great performing smartphone, it’s also pretty sleek looking. It’s true that most of its body is plastic, but a high-quality material has been used so the result is pretty great.

Of course, we’ll be doing a detailed preview, listing all the innovations brought by the Optimus 2X, but as usual we’d like to give you a brief hands-on video first.

You should also check out our article full of 8MP camera samples and a 1080p video sample captured with the Optimus 2X camera.