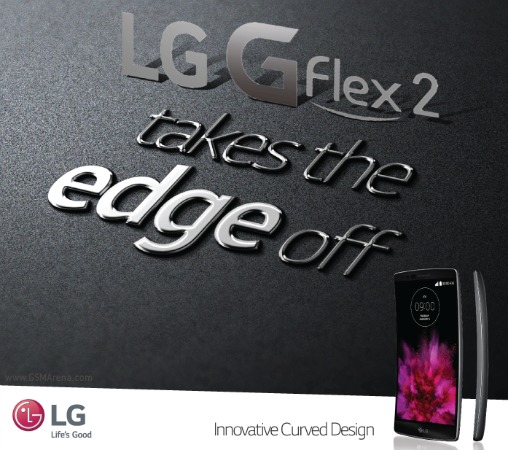 So it’s pretty clear that the Galaxy S6 edge is the target of this attack, based on the bend test report published by Square Trade last week.

LG wants to turn the S6 edge’s supposed bendability into a selling point for its own G Flex 2, which comes curved from the factory.

To recap, the test carried out by Square Trade had the Galaxy S6 edge bending when 110lbs of force are applied to it, which is exactly as much as the iPhone 6 Plus, infamous for its very own ‘bendgate’ issues a few months back. On the other hand, in Samsung’s counter-test 80lbs of force are applied to both the Galaxy S6 and the S6 edge, and they (obviously) both survive. The Korean company claims this is “much more than what most devices will ever encounter in normal everyday use”.

Thanks for the tip, Mo!