Lenovo has entered the budding tablet segment with not one but two tablets, running on different platforms. First is an Android Honeycomb based IdeaPad K1 and the second (and admittedly less exciting) is the Windows 7 based IdeaPad P1. 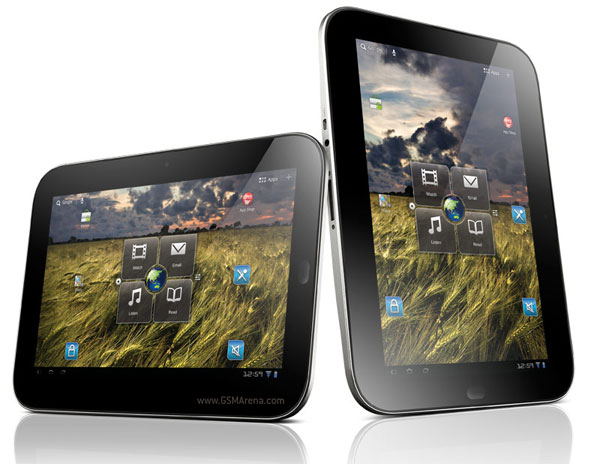 The IdeaPad K1 has a 10.1-inch multi-touch display with a 1280 x 800 resolution. It runs on a dual-core Tegra2 processor with 1GB of RAM and 16, 32GB or 64GB of internal storage space that can be expanded further using microSD cards. It has a 5 megapixel camera on the back and a 2 megapixel camera on the front. There’s also a mini HDMI connector for watching your images and videos on the big screen. It supports Bluetooth, Wi-Fi and 3G and claims to offer ten hours of battery life. 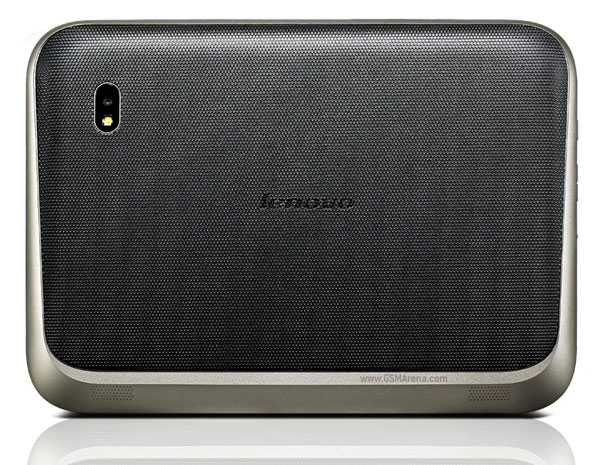 The tablet will come with Android 3.1 but this is not a pure Honeycomb experience that you get on the devices like the Motorola Xoom. Lenovo has somewhat tainted it with some of their own apps, including an application store of their own for downloading apps, which they claim is better than the Android Market as they test the apps before approving and listing them. It also comes with a special version of the Netflix app that lets you not only stream movies but also watch them on your TV through HDMI out or store them on the device for watching later due to a special hardware DRM module.

The IdeaPad P1 has the same 10.1-inch 1280 x 800 display as on the K1 but runs on a 1.5GHz Intel processor with Intel HD graphics and 2GB DDR2 800MHz RAM. It will come with two storage capacities, 32GB and 64GB and also packs in a microSD card slot for additional storage. It even comes with a standard USB 2.0 for connecting accessories. There is a VGA camera on the front but none at the back. 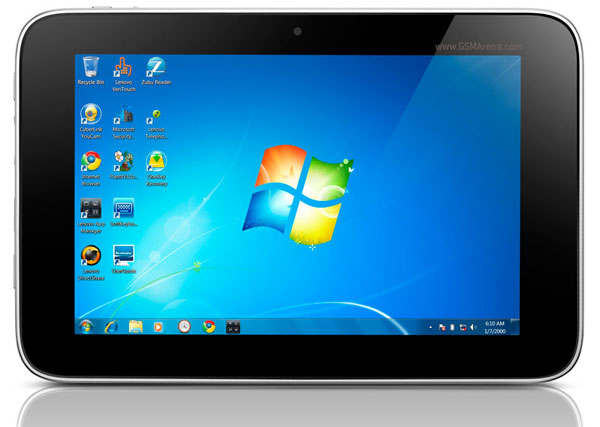 The IdeaPad P1 has the same connectivity options as the K1 and the same 2 cell battery but the claimed battery life is around six hours, which is bound to be even less in real world usage. You can choose the version of Windows from Starter, Home Basic, Home Premium and Professional and it comes with other software such as OneKey Rescue System, Microsoft Security Essentials, Microsoft Office 2010, Lenovo eBook Reader, Arcsoft TotalMedia Center, Plants vs. Zombies and Angry Birds among others. 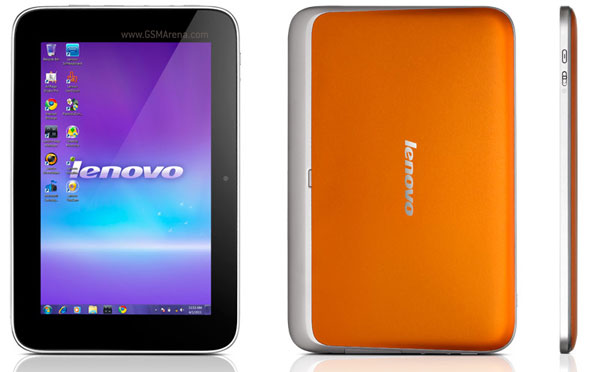 No price has been mentioned so far and the release date is set sometime in Q4, 2011.