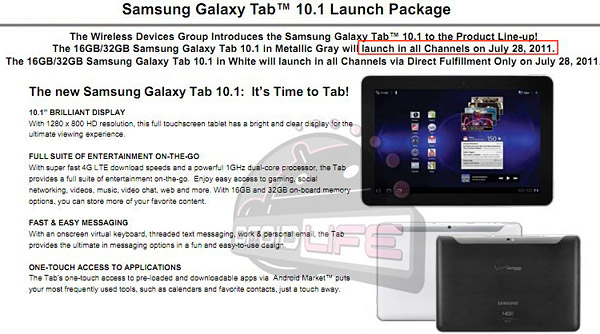 An official-looking, but not officially released slide pins the launch date of the 4G LTE-enabled Galaxy Tab 10.1 on July 28th.

The Galaxy Tab 10.1 for Verizon will be available in Verizon stores and on their web site. You have a choice between Metallic Grey and White colors for the tablet, but keep in mind that the White version is available only through direct fulfillment. By the way, the tablet takes only microSIM cards.