The XOLO Play T1000 is the latest smartphone from the Indian manufacturer Lava. We have previously taken a look at the company’s XOLO X900 smartphone, which also happened to be one of the first Android smartphones to run on an Intel chipset. 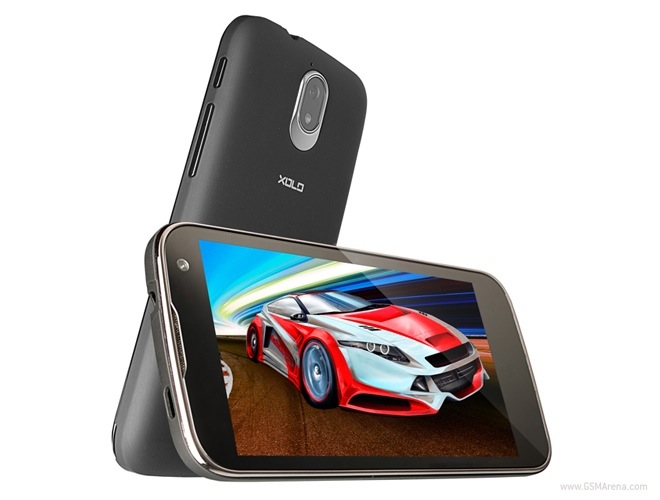 The XOLO Play is a bit different from the X900, wherein it runs on a traditional ARM processor. The chipset in question is an NVDIA Tegra 3 and as you can tell from the name the device is being touted as a gaming device. We’ll see how it performs as a gaming device and of course, as an everyday smartphone.

The XOLO Play has a no-nonsense design that is far too anodyne for its own good. The design makes no effort to stand out in the crowd and will easily get lost in the sea of other black slabs on the market.

On the front you have a glass panel stretching across the entire surface, leaving just a little gap on the top for the earpiece. There are no specifications regarding the type of glass used and the familiar Gorilla Glass moniker is nowhere to be found, which leaves doubts regarding the durability of the panel. It’s also clearly not oleophobic, as it picks up smudges easily and is hard to clean. Circling the edge of the glass is a thin chrome strip that adds a touch of class to the otherwise bland design.

On the top of the phone are the 3.5mm headphone jack and a microUSB port, which, like on the HTC phones, is placed upside down so you have to twist the cable every time before inserting it. The left side is completely barren and the bottom has the primary microphone.

On the back we can find the camera sensor at the top along with an LED flash and a secondary microphone and right near the bottom is the single loudspeaker.

A small protrusion above the speaker grille prevents it from being occluded when the phone is kept on a surface. The entire back surface is the back cover, which can be opened using a small crevice on the bottom right corner of the phone. Inside you’ll find the removable 2,000mAh battery blocking the entrance to the regular size SIM slot and the microSD slot, which means neither can be removed while the battery is still in place.

The overall build quality of the phone is impressive. Despite the plastic construction the XOLO Play feels solidly built. Having said that, at 10.4mm thick and 167g weight, it’s neither particularly thin nor is it light and since the matte finished back cover provides little grip you need to hold it quite firmly to make sure you don’t drop it.

The Lava XOLO Play has a 4.7-inch, 1280 x 720 resolution (312 PPI) IPS panel. It uses One Glass Solution or OGS technology, which integrates the touch sensor, display and cover glass into one, which removes air gap and thus provides improved clarity and viewing angles.

The display on the XOLO Play is easily its best feature. The large, high resolution IPS panel is sharp and produces pleasantly natural colors. The viewing angles and sunlight legibility are also impressive, which overall makes this a fantastic display that can even put some of the more expensive phones to shame.

The XOLO Play runs on a 1.5GHz NVIDIA Tegra 3 processor with 1GB of RAM and 4GB internal storage space (out of which a rather low 2.3GB is available to the user) with microSD card slot.

In terms of connectivity options the device has Wi-Fi 802.11 b/g/n, Bluetooth 3.0, A-GPS but no NFC. On the software side the phone runs on Android 4.1.1, which is mostly stock at least in appearance. Lava has added a handful of applications and made minor customizations, such as the shortcut toggles in the notification screen.

On paper, the specifications sound quite acceptable. Unfortunately, that is not the case in practice. There is a perceptible lag on the phone that permeates through the entire OS, with even basic things such as the Settings app running at a terrible framerate every time you scroll. Admittedly, the lag isn’t consistently bad, with some apps showing a bit less than the others but nevertheless it’s frequently there.

Usually when something like this happens the SoC is the one to blame but old as the Tegra 3 might be we have seen it offer acceptable performance on devices such as the Nexus 7 and the One X last year, so why it would be this bad here is hard to figure out.

The XOLO Play is also free of a custom skin that usually bogs other devices down so whatever the issue is it’s within the software and causing the phone to drag its feet. Perhaps it could be limited to our unit or to this particular version of software but whatever it is it is negatively affecting the performance of the device. It would have been acceptable on a low-end Android smartphone but for a mid-range device with quad-core moniker on the box one expects a much smoother experience.

Moving over to the gaming we noted that, thankfully, the sluggishness did not make itself apparent here. Going through our usual list of games, including several that have been optimized for the Tegra 3, the XOLO Play performed admirably. So whether you are playing Temple Run or Dead Trigger, you should get a consistently great experience.

The XOLO Play has an 8 megapixel camera on the back and a 2 megapixel camera on the front. The rear camera quality is above average. There is a fair amount of details in the images and noise is well under control in most cases but there is a hint of oversharpening evident in most shots. The dynamic range is quite poor and outdoors you often end up with blown highlights. The video recording quality, however, was quite decent and the stabilization feature does a decent job. As for the front camera, it’s best reserved for video calls as the quality is quite poor otherwise.

The XOLO Play performs reasonably well with music and videos. The audio output through the headphones is quite good and the loudspeaker is loud and clear for a single unit. The video codec support is quite poor out of the box despite the presence of a dedicated video player app added by Lava but it’s nothing that can’t be fixed by a third party app.

As mentioned before, the XOLO Play has a 2,000mAh replaceable battery. It’s a fairly capacious battery but then again the Tegra 3 is not exactly known for being judicious with power. The XOLO Play does manage to get through a day of moderate usage on a single charge. It’s possible that Lava might be clamping down the performance of the chipset in favor of battery life, which could explain the aforementioned sluggishness.

The Lava XOLO Play T1000 is priced at ₹15,599 ($270). That puts it right in the middle of the low-end devices and the more premium Android smartphones on the market. For the price, the specifications are also quite impressive. Unfortunately, the handset doesn’t always deliver in the performance aspect. The general sluggishness that pervades the UI is at odds with the specifications mentioned on the packaging.

Thankfully, the phone does manage to deliver on the gaming front and worked quite well with the games that are out right now. The display is another area where the phone delivers way more than its price tag suggests. It’s easily one of the best displays you can find in this price range and even beats some more expensive phones out there.

If Lava manages to iron out the performance issues, this could be a very good mid-range smartphone. Until then it is hard to recommend it wholeheartedly, unless gaming is all you’re going to do on your phone.