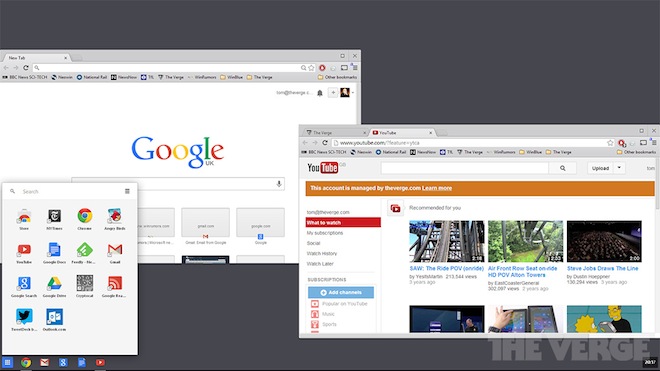 Google has been playing around a bit with the browser and how it works under this mode in Windows 8 and you can see that in the latest developer build. The latest update essentially turns Chrome into Chrome OS that runs within Windows 8, complete with a new UI and its own app drawer.

In this version, launching Chrome opens a Chrome OS like environment, with its own task bar at the bottom and multiple browser windows. You can pin Chrome apps to the bar below to launch them quickly.

The feature should be incorporated in future versions of Chrome but as of now it’s only in the dev channel.