The sign up for alpha testers of the new Jolla Launcher has almost drawn to a close and those who signed up can now download the custom Android homescreen. Jolla wants to give users a taste of the gesture-based interface of Sailfish OS without having to buy the Jolla phone. 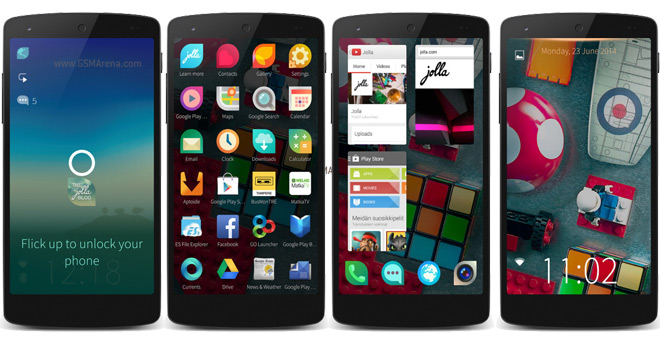 This initial version of the Jolla Launcher targets Nexus 4 and 5 owners, but it supports any Android 4.3+ device. You still have a day left to sign up for the alpha test program.

The launcher includes the Jolla lockscreen, Ambience, the app grid and running application covers, plus the swipe back to the homescreen gesture.

As you can imagine this launcher is far from being done. It does have a list of known issues and the Jolla team expects your bug reports if you find new ones. Submit those reports to together.jolla.com with the “jolla-launcher” tag plus tags about your device (e.g. Nexus 4, Android 4.4.3). You should also check to see if anyone has already reported the bug to avoid duplicates.

You can download it from the Play Store (this link will show as “not found” to people who haven’t signed up). Another way to experience Sailfish OS is to install the real deal on the Nexus 4, not just a launcher.