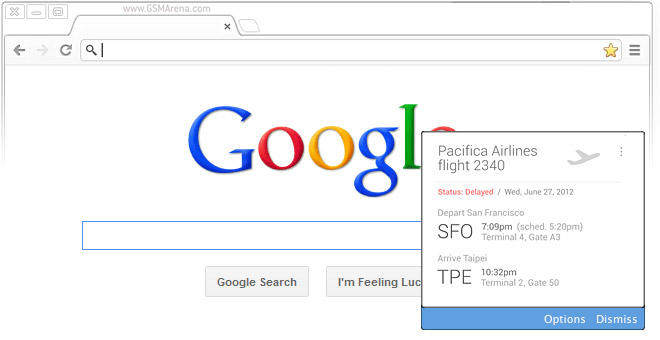 The issue is titled “Creating a skeleton for Google Now for Chrome implementation“, which suggests there’s more work to be done before Now hits Chrome.

According to the description of the issue, Google Now cards will be shown using Desktop Notifications.

So, will this be enabled in all Chrome browsers or is it something meant for Chromebooks? Google Now works better if it has location info (e.g. it knows you’re at work), but then all the flight and package tracking info will work just as well on your home computer.

Anyway, keep an eye out for Now cards appearing in in the Chrome dev channel.

Note: in case it wasn’t clear enough, the image above is a quick mockup I made, not an actual image of Google Now in Chrome.